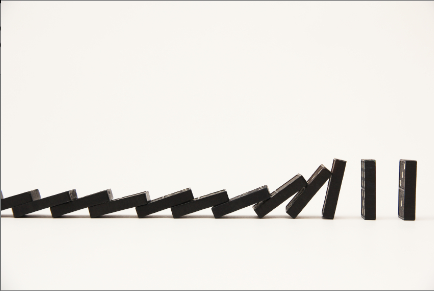 Atlassian has practically written the book for tech companies hailing from Down Under that want to reach the global market.

It was one of the most highly anticipated floats of an Australian tech company, ever. Not just because it’s an awesome notch in the belt for Australian technology but because of the ripple effect big deals like this have in the market.

While Mike Cannon-Brookes and Scott Farquhar have undeservingly copped a little heat from several Australian tech execs for choosing to list outside Australia, the US remains the preferable option: it’s larger and more liquid.

Listing in the US opens up a whole new chapter for Atlassian’s growth and it also opens a raft of opportunity for all the baby Atlassians growing up in Australia.

It has sparked discussion around just how mature Australia’s investment market and technology sector actually is.

While the market has a fair amount of growing up to do, Cannon-Brookes and Farquhar can safely say they’ve played a huge part in dragging Australia out of the mine pits by showing them just how profitable technology can be.

The boys have also proven to many US investors that solid technology companies aren’t just established in Silicon Valley. Hailing from remote parts of the world like Australia or New Zealand means these companies are forced to solve global problems from day one.

If they don’t, they risk limiting their serviceable market from the outset.

The Australian tech jewels are just getting started in the US – they’re small fish with a bunch of big potential.

It shows that starting outside of Silicon Valley can help you iron out those early day problems without facing as heavy a scrutiny.

Being a tech savvy, English speaking country makes Australia a great testing ground — a point being supported by many of the global tech companies.

But for Australia to rise up out of its commodity-heavy rut, it needs hundreds of Atlassians.

Prime Minister Malcolm Turnbull’s recent $1.1 billion innovation package lays some of the groundwork to promote the development of early-stage startups but there’s much more to do.

What’s still missing is an incentive structure to increase later stage funding so the bigger tech companies can find a home in Australia.

Good ideas will get funding. We’re seeing more Silicon Valley money finding its way to all corners of the globe. It’s an opportunity companies like Atlassian, Campaign Monitor, Nitro, Invoice2Go and Xero, which is already public have all managed to seize.

By having access to that capital, these companies have been able to enter hyper-growth, invest in product development, customer acquisition and hustle for leadership position in their markets, right around the world.

Atlassian’s US success has opened Australia up to more sophisticated global technology investors and paved the way for other technology companies to expand globally.

A rising tide raises all boats.

Alex Heber is the global content editor at Xero.