Like a Virgin: Seven things Richard Branson can teach you about entrepreneurship 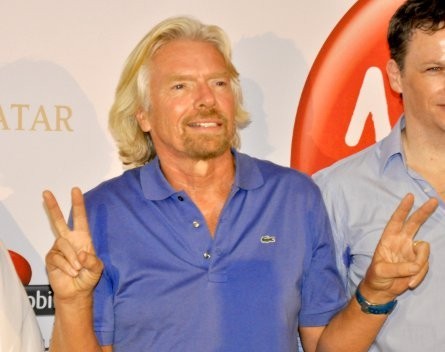 Over his life, he has started over 400 companies, from music studios that signed the likes of Rolling Stones and the Sex Pistols to a space travel business Virgin Galactic. All while having more fun in life than possibly any other living entrepreneur.

Here are some things aspiring entrepreneurs can learn from him.

You can achieve exceptional things if you aren’t shy to hustle. Many deals Branson made are a textbook example of great hustling skills.

In 1978 when Branson had practically no money he heard about the Necker Island being for sale. The offering price was $5 million.

As an entrepreneur, there are many opportunities you can take advantage of, you just have to ask for them.

As a startup, you’re not going to scale by paying for ads. They’re expensive, and you’re likely short of cash anyway. You need to find a way to get attention to your product without spending all that advertising money.

When Branson started his airline company, he didn’t have a lot of money to invest in marketing. At the time, he received advice from Sir Freddie Laker, a British airline tycoon.

“Make sure you appear on the front page and not the back pages,” Laker said.

“You are going to have to get out there and sell yourself. Make a fool of yourself, whatever it takes. Otherwise, you won’t survive.”

This led to series of adventures and PR stunts that made Richard Branson and Virgin what they are today.

PR is one of the best free channels to reach the masses. As the example of Virgin shows, you can build a billion dollar company on the back of it too.

Branding and name are important

As Peter Thiel said in his book, Zero to One, a strong brand can be a monopoly. It certainly holds true in the case of Virgin.

Many entrepreneurs try to create the brand that represents some corporate perfection of their ideas. As a result, it ends up lacking credibility and trust.

“Virgin wears a sense of humour on its sleeve,” Brason said.

“It’s about our wanting to be honest about the ups and downs of our business.”

The Virgin brand stands out and is instantly recognized by the customer. It has a strong personality and accounts for big part of Branson’s success.

In the world of startups, quitting is increasingly popular. That’s because many people confuse giving up with failing fast. Failing fast is about validation. Quitting is, well, just quitting.

In the words of Felix Dennis, quitting is not dishonourable. Quitting when you believe you can still succeed is.

Richard Branson is a great example; he started many companies, some of them failed fast. But he never quit before he either succeeded or fully failed as his biography reveals.

Today there are plenty of founders giving up fast, just because their startups didn’t become Facebook in the first year. Many believe it’s the ‘lean startup’ approach – they’re wrong, some of the best ideas take time.

Think big and have courage

Branson grew up in a middle-class family and dropped out of high school because he was dyslexic. That didn’t stop him from starting up a music studio, airline, and even a space travel company.

In his book, he describes how he bought an airline that went bankrupt and even though he had no industry experience he went up against the likes of British Airways.

In the middle of the financial crisis, he acquired a bankrupt Northern Rock bank, and then turned it around into a successful retail bank.

There are plenty of examples. The point is, a big part of Branson’s success comes from bold moves, nobody else was willing to make at that time.

As Woody Allen said, 80% of success is showing up.

According to Branson, “fun is one of the most important – and underrated – ingredients in any successful venture. If you’re not having fun, then it’s probably time to call it quits and try something else”.

At the end of the day, why do it if you don’t enjoy it?