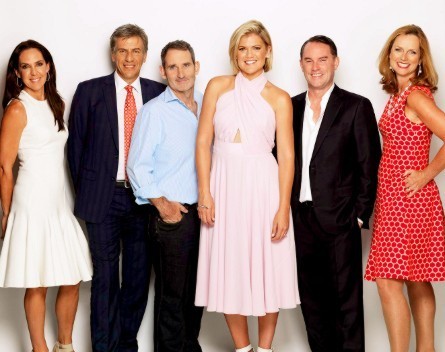 Network Ten has revealed who will judge the Australian version of Shark Tank, a show where participants pitch their startup ideas and receive feedback from successful business people.

The show features a panel of ‘sharks’ – accomplished business leaders and entrepreneurs who will judge participants’ ideas and products.

Among the five ‘sharks’ is entrepreneur, investor and founder of River City Labs Steve Baxter.

Steve Baxter told StartupSmart he is very happy he was brought onboard.

“I’m very encouraged by all the recent activity in the startup space in the last sort of 12 months,” he says.

“Things like this add to that and it can be nothing but a good thing.”

The television series will be hosted by Sarah Harris from the network’s Studio 10. Shark Tank has entered its sixth season in the US.

In a statement, Network Ten’s chief programming officer Beverley McGarvey says the TV series would aim to inspire viewers by presenting them with “crazy, practical” inventions and ideas by everyday Australians.

“The ‘sharks’ represent a variety of businesses and industries bringing myriad skills, expertise, and knowledge to Shark Tank,” McGarvey says.

“Janine, Andrew, Steve, John and Naomi are passionate about finding the next great Australian success story. Each week, they will invest their time, talent and – if they like the ideas and products presented to them – own money to help develop amazing inventions. They will analyse, debate and have a lot of fun.”

Shark Tank will be produced for Network Ten by Shine Australia and premiere in 2015.