Television is changing, and viewer metrics need to change with it 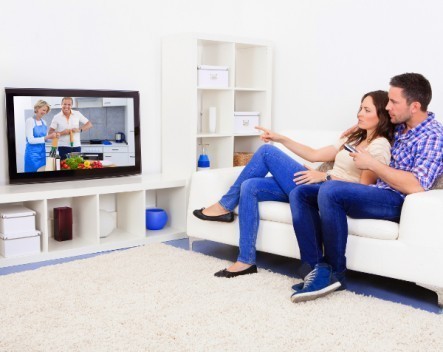 The opening months of this year saw the first rumblings of a seismic shift in the Australian television market, with the introduction of three video-on-demand (VoD) subscription services: Stan; Presto; and Netflix.

This is set to make 2015 a tipping point for television in Australia. Yet it’s difficult to gauge the impact these services will have on the Australian television market – particularly on the free-to-air (FTA) and pay TV incumbents – if we are unable to compare apples with apples.

There are key differences in delivery, access and business models among the various services. The way viewership statistics are gathered is also different, and the numbers often incommensurable. So how are we to discuss the impact and compare the various services?

More recently, the networks have launched online catch-up television services as a way to allow their audience greater access to their programming.

FTA TV is still a force to be reckoned with. During 2014 Freeview reported that each day more than “13.5 million Australians watch commercial free-to-air television”.

While live broadcast television still dominates in terms of viewing hours – with just over 90 hours on average per person each month – there has been an increase in online video viewing. The average time each Australian spent watching videos online during the last quarter of 2013 was 9.5 hours, which increased by more than three hours for the last quarter of 2014.

It is the teens and 18-24 age groups where the figures are significantly different from the average. Teens’ average television viewing is 43 hours per month, with just over 28 hours online. The 18-24 group watch television on average 40 hours each month, with 21 hours online video viewing.

Given this apparent trend towards increased viewing online, particularly among young people, arguably the online services of catch-up and VoD should be incorporated in the audience share data along with FTA television and Pay TV.

All FTA broadcasters also provide an online catch-up television service which includes: iView; SBS On Demand; Plus7; 9Jumpin; and TENPlay. A recent report by the Australian Communications and Media Authority (ACMA) notes that “that almost half of Australia’s internet users (44 per cent) have accessed catch up television”. But these are not new services; ABC was the first to launch a online catch-up services in 2008.

These statistics show a reverse trend of audience popularity in comparison to broadcast television. In addition, a report by Screen Australia noted that “awareness and use of catch-up television services increase with age”.

Despite the positive uptake and usage of catch-up television, it only accounts for three hours of viewing a week; less than a third of live broadcast television. So if catch-up television was part of audience share data, how much further may it close the gap between commercial FTA and public broadcasters?

The other facet of this issue is subscription television, of which there are now two types in Australia. The first is pay television, provided by Foxtel. While this is a subscription service, it still primarily follows the same linear broadcast model of FTA broadcasters.

Foxtel has been available in Australia for almost 20 years, although it only has a 30% uptake. This figure is far from the 1999 prediction of Foxtel CEO Tom Mockridge that three-quarters of Australian homes would subscribe to the service within ten years.

The second, and most recent, addition is the VoD services. These services are also subscription-based, but unlike FTA and pay television, the consumer is able to select what they wish to watch and when.

Of the three VoD services introduced this year, Stan and Presto are joint ventures between existing Australian media companies. The third, Netflix, is a US-based VoD service, founded in 1997.

There have already been various statistics reported as to which of the three is winning to sign up Australian consumers. Pocketbook recently claimed that “Netflix is the new king of Australian TV subscriptions for digital natives”. It claimed from its user data that Netflix’s market share was greater than that of Foxtel, after only a few months of operation in Australia.

The Australian also suggests that Netflix was an overnight success, with stats sourced from Hitwise. The Hitwise report claims that Netflix had 475,000 site visits on its launch day, peaking at 820,000 over the Easter weekend.

The two direct competitors to Netflix, Stan and Presto, both averaged less than 50,000 visits in the same period. This is far less than Netflix, but also far less than the number of visits to the Australian catch-up television services, of which iVeiw topped with 330,000 visits.

But this is only site visit data. And while it might be an indication of popularity of the various services, it doesn’t give the critical information, such as how many people watched the VoD services, and for how long. These services’ business model relies on subscriptions and audience viewing habits, which site visits don’t clearly depict.

So how can audience measurement be analysed across the various services?

Currently, television audience measurement in Australia is undertaken by OzTAM. The company uses a metering system called Unitam, which records: who is watching; the time, duration and date; whether each TV is on or off; and the television audio signal.

The receivers are “in 3,500 panel homes in Sydney, Melbourne, Brisbane, Adelaide and Perth and 1,413 homes nationally for subscription television”.

While OzTAM claims these “are the accepted metric by which Australian television performance is evaluated”, it is clear this method is not an exact science. The SBS managing director, Michael Ebeid, has declared the ratings system to be “very unscientific” and questions its accuracy.

The accuracy was also questioned recently by Nine Entertainment chief executive David Gyngell in regards to the audience share data during the period in which Netflix launched in Australia. Gyngell questioned whether “early adopters may be overrepresented” in panel homes selected by OzTAM, therefore “causing the real audience to be underestimated”.

In recent weeks there has been debate as to whether the three VoD services should be included in OzTAM measurements. The Australian Financial Review reported that OzTAM “has already started collecting data on the catch-up services”.

But the question is: how do we compare these services that are different in business model, and more importantly, the way in which the audience is viewing the content?

The metrics that matter

The current audience share data for television – both FTA and pay TV – analyses the number of Australians viewing a single program at a particular time. For catch-up television services, this approach would not work due to the flexibility in time the audience can watch a program. This being said, much of the content on these services is restricted in the time it is available, so the metrics could track viewers across this period.

When you add VoD to this, it becomes even more problematic. VoD provides content for subscribers to view anytime, with no clear limitation or restricted access time.

Viewing habits online are easier to track and give broader sample groups, but they also have limitations, particularly around sourcing the details of the viewer. This maybe a space to review for sourcing viewing data and behaviours.

Particularly with Australian’s being leaders in the uptake of internet televisions, now over 30%, well in front of the global projection by Digital TV Research of 30% by 2020. But, as noted previously, the data on these services needs to be more than just site visits. It needs to give a clear indication of viewers interactions with the various services and platforms.

With all of these issues and differences to resolve, the question remains whether it’s possible to compare the various services together. Do we really need to compare apples and oranges in this way? Or perhaps the data analysis of these services should continue separately?

While it is clear that a shift in the Australian television landscape has begun, without accurate metrics it’s difficult to predict how it’s going to unfold. The question of audience measurement will continue to be disputed. As the gap between viewing hours across each of these services continues to close, comprehensible comparative data will become even more critical.

Marc C-Scott is Lecturer in Digital Media at Victoria University.