The man who couldn’t cook 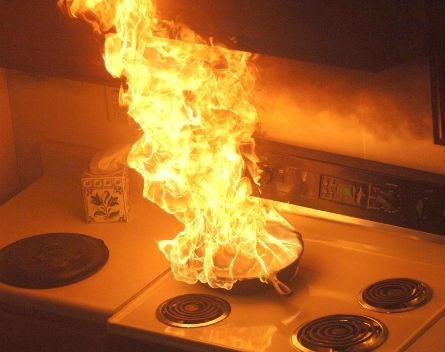 “I don’t know how to cook,” admitted the man sitting on a stool at the front bar of The Commercial Hotel in Parts Unknown.

With a raised eyebrow, Old Taskmaster glanced at the 50-something-year-old with the rapidly receding, slicked-back comb-over hairline but detected no intonation in his voice suggesting humour or irony.

Perhaps it was false modesty. Perhaps by not being able to cook, he really meant that he was no Heston Blumenthal in the kitchen, and that rapidly freezing vegetables in liquid nitrogen was beyond his culinary skills?

Alas, the rotund gentleman confessed that brining a pot full of water to the boil was beyond his skill level in the kitchen. In fact, even emptying the contents of a can into a frypan and bringing it to a simmer was beyond his meagre abilities as a chef.

Not only did he not know how to cook, he soon revealed that neither did he know how to use a washing machine, clean or iron a shirt. Somehow in over five decades of existence on this astronomically tiny rock of ours, he had never once had occasion to do any of these things.

Yet despite this lack of basic life skills, the gent perversely became quite defensive when the suggestion was made – by his fellow publicans no less – that it might do him well to help out more around the house.

“I take out the bins – I mow the lawns” the Neanderthal in the light blue polo moaned indignantly.

The most astonishing thing about this episode was his complete lack of obvious shame or guilt in the confession.

Even Beef, the bald-headed six-foot-something giant of a former ruckman, had been overheard earlier talking about how to panfry a steak. (Sure, his theory that it “didn’t matter if it were a little green on the outside, that just adds to the flavour” was a little offputting, but at least he could tend to his own meal.)

The man who couldn’t cook – along with his flimsy and unrepeatably misogynist excuses – is the human face recent figures showing women still do an average of 168 minutes of housework on average per day, compared to just 93 minutes for men. The excuses manifesting the outdated patriarchal norms and reckless irresponsibility that continue to make it more difficult for women to achieve a good work/life balance.

Despite the inevitable protestations from the likes of our butter-fingered “friend” at the bar, we remain a long way away from gender equality. It is indeed a privilege to have reached adulthood without having ever cooked a meal or ironed a shirt.

It’s a privilege – the privilege of being pathetic. Akin to royals and celebrities who require a servant to wipe their bum after they’re done at the toilet. It’s an excuse akin to an adult admitting they never learnt to tie their own shoelaces and need to sleep with a teddy bear named Schnookums and a bwanky each night! With a nightlight still on! After someone reads them a bedtime story!

For goodness sake, like a toddler, the man on the barstool cannot feed himself!

Meanwhile, one of the great joys of life – the ability to pick out a set of tasty-looking raw ingredients and lovingly prepare them into something delicious – is something he’s never experienced. He’s never decided he feels like eating chilli con carne after work one day and then had the agency to bring that about without requiring someone else’s help.

Now, do you feel slightly offended by this? If so, it’s probably because this story is about you. But have no fear – you can take control of what you masticate!

Old Taskmaster says this: Make a point of booking a cooking lesson, or downloading a cookbook app and at least having a go! Don’t be like the pathetic loser in the light blue polo shirt – be a Masterchef!

No more excuses either!