The year startups hit the mainstream: 2015 in review 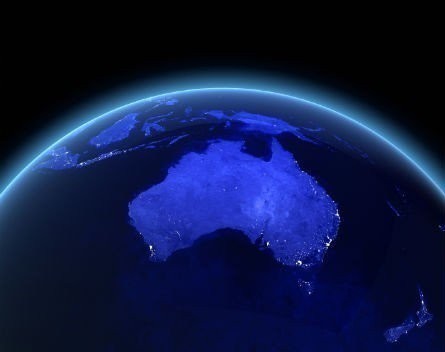 It was fast-approaching midnight on a Monday night when newly minted Prime Minister Malcolm Turnbull strode to the podium in front of a mass of journalists, cleared his throat and proceeded to herald a “new era” for the Australian tech and startup community.

It was as if he’d just been reading a book on startup buzzwords, repeatedly using “agile”, “innovative” and “disruptive” as he emphasised the need to embrace new technologies to create the “economy of the future”.

“We have to recognise that the disruption we see driven by technology, the volatility in change is our friend if we are agile and smart enough to take advantage of it,” Turnbull said.

It would prove to be a turning point and transform 2015 into the “biggest ever” year for startups.

“2015 has to be the year of entrepreneurship, startups and innovation,” startup consultant and speaker Anne-Marie Elias tells StartupSmart.

“I can’t recall ever having this strong of a narrative about this in the public and political arenas.”

Back to the start

But the year didn’t start so promisingly.

The then Tony Abbott-led federal government delivered the budget and for the startup community it was just more of the same.

Startups were grouped in with the small businesses and saw little benefits in the changes.

“It is not a budget for startups,” MoneyPlace co-founder Stuart Stoyan said at the time.

It led to rallying cry from the startup community: “we are not small businesses” and one that Canberra would soon hear loud and clear.

The political landscape is now a different entity entirely – there’s a new prime minister, a new cabinet, new policies and a newfound emphasis on innovation and startups.

These aspects are now front and centre in political rhetoric and Turnbull devoted his first significant policy package to the new technology and entrepreneurship with the $1 billion innovation statement.

This will be the moment that defines 2015 for the ecosystem, Blackbird Ventures co-founder Rick Baker says.

“It’s been a breath of fresh air for the startup community and it culminated with the statement,” Baker says.

After wide consultations with the startup community and experiments with hackathons and roundtables, many leaders in the community say the statement addressed a myriad of concerns that have been lingering for many years.

“Every Australian will benefit from an agenda that puts innovation and science at the heart of government,” the statement proclaimed.

Beginning to shift the culture

It also marked an attempt to bolster a culture surrounding innovation, aiming to herald an “ideas boom” and embrace the concept of failure as a way to learn and experience.

But it wasn’t all positive from the community, with one aspect of the statement proving especially controversial.

The government’s legislation to reform equity crowdfunding legislation received large push-back from many in the community, with it immediately labelled a “dead duck” and the opposition quickly withdrawing its long-standing support.

It was a moment that marked the end of the government’s innovation honeymoon and proved that for the startup community, it’s about what the government does, not its use of the right terminology.

The large statement was also criticised for not addressing the funding gap in Australia – early-stage rounds are already on the improve, but it’s when growing startups look to raise large Series A or B rounds that they are forced to look offshore.

So long relegated to the fringes of society and media coverage, 2015 was the year that startups and tech companies became mainstream news.

“The wave has been building for a long time but without a doubt startups really hit the mainstream this year,” startup advisor and investor Nicole Williamson says.

The innovation statement hit the front page of every major newspaper and startups have rapidly become a fashionable conversation around the country.

The shift in culture and debate has been huge, Fishburners general manager Murray Hurps says.

“I never thought I’d see the day when the papers in Australia are covering startups,” Hurps says.

“People are starting to understand what startups actually are and soon they’ll understand the incredible opportunity they present to Australia.”

It was a year that also saw Australia’s own great startup success story make it on the world’s stage.

The long-standing poster child of the local community, Atlassian’s overwhelmingly successful listing rocketed into the global spotlight and proved that two local entrepreneurs, Mike Cannon-Brookes and Scott Farquhar, can conquer the world.

“It really put Australia on the global stage,” Baker says.

“It’s really important not only for giving a big boost in creating a big lighthouse for the Australian startup community and drawing more into it, but just to see what’s actually possible.”

Although the listing was in the US, it’s likely to have very positive impacts in Australia, Williamson says.

“The Atlassian founders have already ploughed huge amounts of time, effort and cash into the local tech scene and with any luck we will see some of the newly minted Atlassian millionaires start to build or invest in startups here too,” she says.

The VC scene begins to rebuild

A long-standing pain point for founders and entrepreneurs, 2015 also saw the Australian VC landscape begin to “rebuild itself”.

There are now unprecedented levels of funds on offer for startups, with the country now boasting four $200 million VC funds.

The re-establishment of a venture capital appetite was reflected in large Series A and B rounds for some of the bigger Australian startups.

Back in May design company Canva raised $7.7 million, while software startup SafetyCulture closed a $6.1 million Series A round later in the year.

Shoes of Prey also proved that a homegrown tech company can attract US investors, securing a whopping $21 million funding round.

The state of affairs

Not content with watching the federal government finally make some moves, many state governments also made some big plays with innovation policies.

Victoria and Queensland proved to be the big winners for the year, with Victoria pulling off some especially big coups.

Queensland launched a $40 million co-investment fund with the aim of kick-starting a “startup revolution” and also took the front foot on education, introducing compulsory coding and robotics classes to all state schools.

Victoria took a different approach, investing “significant” money to entice large international tech companies to set up regional headquarters in the city, including Slack, Zendesk and GoPro. It took nearly the whole year, but the state’s $60 million innovation fund was also launched, in the form of an independent representative body called LaunchVic.

The country’s largest startup festival also changed hands, when the busy minister for small business, innovation and trade Philip Dalidakis right in front of the Sydney Town Hall cheekily announcing SydStart will be taking place in Melbourne next year.

Despite the positive improvements in numerous areas, the pervading issue across most tech communities still lingers over the Australia ecosystem, with the annual Startup Muster report showing that only 24% of startups are founded by women.

That’s a small increase from 19% the year before. However, according to Williamson, things are starting to improve more rapidly and next year looks promising for an increase in diversity.

“It’s brilliant to see many more female founders getting attention,” she says.

“The more visibility they get the more young women will be attracted to this world.

“2016 will be our year – women as founders, women as investors and women taking on senior roles in Turnbull’s innovation leadership team.

The innovation statement was also criticised for providing little focus on improving diversity in the field. However, $13 million was put towards encouraging more women to take STEM subjects and other avenues to promote diversity.

The year to come

A common census among the startup community is 2015 was the year when much of the foundation for a world-class ecosystem was created – the policies, the VC funds, the initial successes – and 2016 will be the year of action.

While the first half of 2016 may seem a dip in funding on offer as investors wait for the taxation changes to come into effect in July, many organisations have already greatly increased their goals and expectations for the year.

“At BlueChilli we have reset our goals from $100 million by 2016 to $1 billion by 2020, we’ve opened in Melbourne and we’ve announced we’re opening in Brisbane. Our portfolio is up 40% year-on-year,” BlueChilli co-founder Sebastian Eckersley-Maslin says.

With the foundation laid, it’s time to get moving, Elias says.

“We’ve embraced the new narrative and we are on board and in like mind.

“Now it’s time to deliver on the hype and the promise.”

For Hurps, things are only set to get better.

“2015 was the biggest year ever in the history of Australia’s startup sector,” he says.

“But the best part is that all signs point to 2016 being far bigger.”