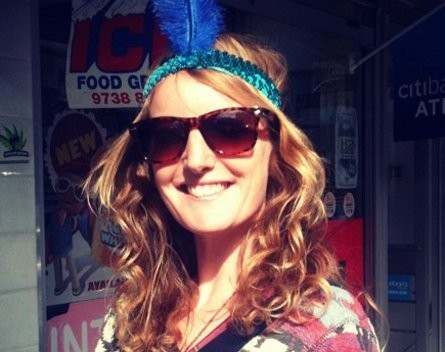 Mental health is the black dog in the room when it comes to the startup community, says entrepreneur and Think Act Change founder Avis Mulhall.

Mulhall recently organised an event called “F-ck Up Night” aiming to smash the stigma of failure and mental health.

Mulhall says that startup culture doesn’t do anyone any favours when it comes to looking after their mental health.

“It’s got a strong bro-club culture that’s set up to encourage the opposite of good mental health,” Mulhall says.

Running a startup is not an easy task, something the community recognises, but the effect this can have on an individual is less widely acknowledged.

Mulhall identifies a number of things that make founders particularly prone to depression:

“In a community like Sydney often your mentors could be potential investors, so nobody is willing to admit it if they’re struggling personally,” Mulhall says.

“I know people keep repeating the line that it’s ok to talk about failure, but it’s not really. If you’re seeking funding, you definitely can’t be talking about it.”

Mulhall, who is well-connected in the Sydney startup community, says she sees it as a major issue for young men in the industry.

Suicide remains the leading cause of death for men aged 14 to 44, and 80% of all suicides in Australia are men.

“Everyone I know has struggled with it at some stage, but very few are willing to admit it,” Mulhall says.

“I see so many young people, particularly men, come along to startup meetings and swallow the hype and when they throw their heart and soul at something and don’t have a million dollar business at the end of it, they feel like a failure.”

Mulhall says there’s very few quick wins and what people fail to realise that often the very successful in the industry, or those with “overnight successes”, are on their third or fourth startup.

The smallness of the Australian startup community and the constant struggle to get media and investor attention meant that we sold it as ‘amazing’, but there’s a risk to that she says.

Mulhall, who is candid about her own struggles, says that as a mentor in the community, and having been through tough times, people were quick to call her strong.

“The pressure here is when people identify you as a strong person, it’s hard to talk about being weak. Strength is an illusion, everyone struggles,” she says.

To change things we need to start talking.

“We talk about failing in a business sense – these days we even have a FAILCON – but that doesn’t go far enough, we need to get personal, and talk about ourselves,” she says.

She says mentors in the community also need to start being more open about what they’ve been through and show that it’s ok to be “weak”.

“We need the leaders in our community to be accountable on the issue,” Mulhall says.

“When people come to events we teach people how to hack, how to grow their businesses, how to get funding, everything but how to get through tough times.

“If you want a sustainable business, you need to look after yourself. That should be your priority.”

F-ck Up Nights are self-organised community events that can be held by anyone keen for people to come together and talk about failure. Mulhall is hoping to hold them quarterly in Sydney.

Anyone brave enough to share their personal story can contact bclune@startupsmart.com.au- they can remain anonymous if they wish.