Time to stop being “half-hearted” about diversity in tech, report says 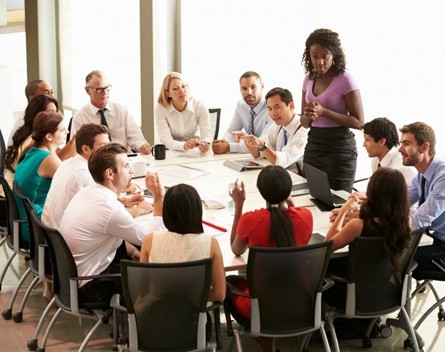 The professional association for Australia’s ICT sector launched a new report in Canberra on Tuesday focusing on how to improve gender diversity in the tech professions.

Aynsley says she hopes some of these recommendations will be seen in the upcoming government policy too.

“It’s very encouraging to hear Malcolm Turnbull talking about a 21st century government, but the innovation statement has to address diversity,” she tells StartupSmart.

“If it doesn’t then it will be half-hearted.”

The current state of play

The Promise of diversity – gender equality in the ICT report details the currently existing gender gap and the best ways to address this.

Launched at the National Press Club by the federal assistant minister for science Karen Andrews, it aims to examine the “entire life cycle of female participation in ICT”, especially focusing on three key areas – participation in the workforce, school education and the vocational and higher education sector.

“We as a nation are a long way short of where we need to be on the gender equality challenge,” the report says.

“No single organisation can by itself orchestrate and deliver the quantum change needed. It will require a coalition of organisations and leaders working within an agreed strategy with clearly defined goals and targets.”

The report finds that women only represent 28% of the ICT workforce compared to 43% of the wider professional workforce. The pay gap for women in ICT is 20%, and only 2.8% of young girls consider a career in engineering or maths.

The opportunities are huge if this gap is closed as well, with the Australian GDP estimated to rise by about 11% if female employment rates are improved.

These aren’t new figures, Aynsley says, and that’s part of the problem.

“We’ve known this for ages but what have we done about it?” she says.

“There needs to be a commitment to action. It’s about explaining and having the dialogue with leadership of the economy and the government.”

The ACS report includes numerous short and long-term initiatives that should be implemented to combat the lack of diversity in tech.

In the short-term, the report recommends the establishment of a summit of leaders in the industry and government to develop a “coherent” strategy on how to deliver better gender equality outcomes from those in the ICT industry.

“Any step that we can take as a collective to put parties together and come up with strategies to address this issue, to show ICT as a career that is actually really interesting and can take you all over the place,” she says.

“There needs to be fundamental and urgent changes to the cultural mindset and attitudes to women in the workforce,” the report says.

“Australia must completely rethink the way our current workforce, school education sector and vocational and higher education systems operate in relation to boosting female participation in ICT,” the report says.

“This must include providing them with accurate and contemporary advice on the jobs of the future and the importance of digital skills in that future.”

“People just don’t realise what IT enables. We need to get that message out there that it’s a satisfying career and helpful – that there’s a lot of scope for doing.”

A big part of this centres on the National Digital Technologies Curriculum and Aynsley says all states need to urgently adopt it.

“We haven’t really got very far with that,” she says.

“One of the biggest reasons is we haven’t got a firm commitment to implementing it. We need to have a strategy of putting pressure on state and federal government to put their money where their mouth is and bite the bullet.

“They can’t keep putting it off.”

Aynsley says she’s very passionate about this issue and hopes the report provides the catalyst for change in the Australia tech industry.

“Women bring a different perspective – we don’t recognise that at the moment,” she says.

“I’m very excited by the promise of diversity and thrilled to be involved with it.

“It’s time to look forward and get involved in a much more hands-on way with shaping the way of the profession in the future.”