Upcoming event encourages the next generation of female tech leaders 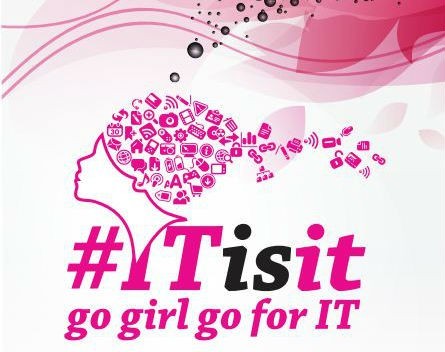 Go Girl Go for IT, a free upcoming event for high school girls from years 8 to 11 organised by the Victorian ICT for Women Network, aims to encourage girls to consider a career in the tech industry.

This year’s event, to be held at Deakin University’s Burwood campus, is set to attract 1500 girls from 54 schools across the state, including some from as far away as the regional city of Wodonga.

Go Girl Go for IT communications team lead Sara Ogston told StartupSmart the 2014 theme is about changing perceptions about a career in IT.

“The big theme for the event is ‘IT is it’, it’s about talking through the opportunities in the sector,” Ogston says.

“It’s about getting away from the stigma around IT and making sure girls understand IT is no longer just about sitting at a computer all day or plugging in cables in a server room – it can be a really creative career.

“IT and ICT can be intimidating. The big thing is we want to open up these girls’ eyes to how there’s also a lot of opportunities in it.”

Go Girl Go for IT co-director and the head of cloud practice service optimisation at Telstra, Irene Evgeniadis, told StartupSmart the event is about showcasing the variety and diverse opportunities available to women who want to study or work in IT.

“We do this by having industry speakers and sponsors (corporate, educational and government) who give the girls with a glimpse into the excitement, opportunities and career satisfaction that IT can provide,” Evgeniadis says.

“Our past surveys have clearly shown us a rise in the number of girls wanting to consider a career in IT, after attending our Go Girl, Go for IT event.”

The event begins at 9.30am with a keynote speech by 2014 patron and Twitter Australia managing director Karen Stocks.

The students will then break up into five streams, where they will hear from a range of leading women from the tech industry. Speakers include NAB senior digital strategist Tammy Barlow, York Butter Factory’s Richenda Vermeulen, Telstra’s Anne Libel, ANZ’s Krish Beresford, and Krishna Nair from Deloitte, among many others.

Following the group sessions, a trade fair will allow the students to ask questions. Meanwhile, a Facebook page has also been created allowing the conversations to continue online.

Gender inequality has long been an issue for the tech sector, with the number of young women choosing to study tech-related subjects at a tertiary level declining over recent years.

It is an issue that has come under increasing scrutiny in recent months, with a string of tech giants including Google and LinkedIn admitting they have serious problems in terms of gender equality. In the case of Google, just 30% of its workforce are women.