Why did Google’s logo rollout go smoother than Yahoo’s? 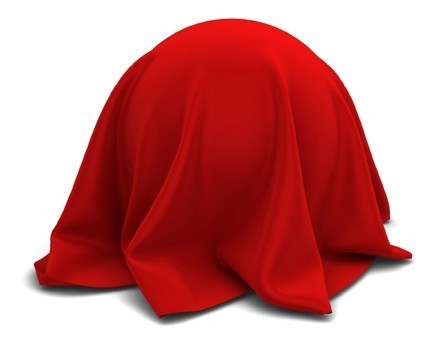 We’re uncomfortable with change. From a cynic’s perspective, the bevy of adages embracing it (flashback to high school yearbook opening page: “The only constant is change”) is evidence: it’s as if we’re trying too hard to convince ourselves.

Perhaps the most illustrative phenomenon of this aversion is the logo switcheroo. Remember Gap’s logo disaster in 2010? Oh wait, you probably don’t; they reverted back to their original logo only four days after the rollout. And more recently, after spending five months and more than US$125,000, Penn State’s new logo had disenchanted students and alumni taking to Twitter in droves.

So it’s no surprise at all that Google’s new logo has ruffled some feathers: an informal Ad Age poll shows a majority dislike it.

Yet, at least anecdotally, the Google logo unveiling has not solicited quite the vitriol that Yahoo did when it rolled out a logo redesign in 2013.

Why was this the case?

On the face of things, there are plenty of similarities: Both Google and Yahoo are tech behemoths that have been around since what seems like the beginning of the internet – long enough that each likely had its respective logo done by a developer experimenting with CorelDRAW in a nondescript Northern California garage.

When it comes to logo redesigns, it’s not what’s done so much as when it’s done and how it’s rolled out.

Yahoo, which launched in 1994, had four real years on Google, which appeared in 1998. In the tech world, that’s at least a generation. So while Google is arguably somewhere around marriage/parenthood, Yahoo was already well into the aging stage when Marissa Mayer (formerly of Google) became CEO in 2012.

Let’s face it: staging a late-life comeback is tricky (see: Arby’s and IHOP). On the other hand, making significant changes is baked into the marriage and parenting “life stages” of brands.

It’s all in the execution

In 2013, crowdsourcing was a hot (kinda) new thing, so it’s no wonder Yahoo jumped on the train. The company pushed out 29 versions of its logo – the reason for which is still unclear to me. I do believe the public was under the impression that it had a say. But then Mayer announced she and a team had spent the past weekend hammering out the new logo. It’s like we got all riled up and then learned, post-hoc, that we didn’t score an invite to the slumber party.

Google, on the other hand, incorporated its change in a way that felt organic. Google Doodles – those delightful animations that often stand in for the organization’s logo on the Google homepage – have been around nearly as long as the company itself.

So to introduce the new logo in a way that was consistent with previous Google Doodle animations was genius; I might be thicker than most, but I didn’t actually realize a logo rebrand was going on. I just thought it was kind of cute how the hand reached up and tilted the last “e” ever so slightly.

Both companies announced the logo changes via blog and video channels, but that’s where the similarities stop. Mayer’s blog post gives a rational appeal, outlining a step-by-step explanation of the design choices in detail that only an engineer could appreciate. The video is equally mathematical (news flash: Americans are terrified of math), with music that, inexplicably, sounds like it should be blaring in a Gap store, circa 1999.

Meanwhile, the Google post, signed by the VP of product management and director of user experience, is emotional without being at all personal, and the video is simply a multimedia translation of this message (though it does feel a bit like a frenetic timeline of Dr Evil’s mounting world domination). It’s a rallying cry for where Google has been and where it’s going.

Yahoo, once the leading search engine, made a huge fanfare of its intent, and the rollout was an everything-but-the-kitchen-sink affair.

Google, on the other hand, has been evolving since nearly Day 1, so the new logo felt like just another iteration; its communique stayed consistent with this theme.

After all, for Google, the only constant is change.