Why fear is the number one thing holding back entrepreneurs 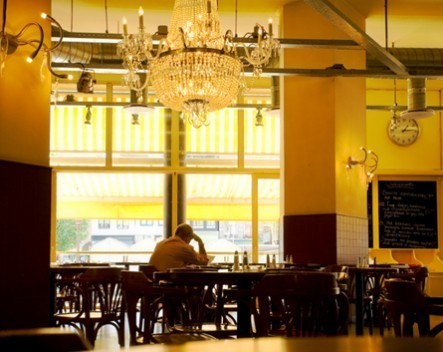 The fear of failure, a perceived lack of expertise and financial concerns are very real concerns felt by Australian entrepreneurs.

This is despite the fact that they’ve never been so well equipped to make the leap of faith to business ownership, given the support technology can add these days.

This is the key finding of a small business study, titled What’s holding you back?, which confirms that the fear felt when making the leap to business ownership relates primarily to concerns about money (37%), and leaving a secure job (33%).

Others are hesitant because of the fear of failure (19%) or perceived lack of expertise (15%).

Recently commissioned by Servcorp in conjunction with Galaxy Research to understand the impact that fear has on those wanting to set up their own business, the study also reveals that younger entrepreneurs have the greatest concerns about money (42%), fear of failure (25%), and lack of expertise (22%). As part of a national survey, more than 500 Australian business owners were interviewed to see how they dealt with fear as they entered business set-up mode and how they managed to overcome them.

Servcorp’s chief operating officer, Marcus Moufarrige says entrepreneurialism runs in our nation’s blood. However, it’s natural to wrestle with fear and doubt when making the leap to business ownership, so we all need to support the entrepreneurial spirit, he says.

“We encourage those with a business idea to go out there and ‘have a go’ – but our advice is to take a smart and considered approach by building a solid business plan and investing in the right partners and support,” Moufarrige says.

Australia needs to get over its fear of failure, Adrian Turner, co-founder of Silicon Valley mobile and smart device security company Mocana, warned us late last year during a visit Down Under.

Entrepreneurs need to encourage and form a community where failure is OK and celebrated as evidence of trying.

Overcoming fear has been part of the journey for many Australian entrepreneurs.

I’s pretty scary when you’re launching a business that everyone tells you isn’t going to work. Melbourne’s Dean Ramler ploughed on regardless, launching online furniture store Milan Direct 10 years ago because he believed it was an idea that had merit.

“I was also told it wasn’t a great idea to start a business at just 23 years of age. This put some doubt in my mind, but thankfully I was able to push through and put those doubts in the background, and Milan Direct has been a success,” he says.

Backing yourself and truly believing in yourself is paramount, according to Ramler.

“Even though being a little naive can assist in blocking out fears and truly understanding the huge risks of starting up a business, it’s a good idea to find a mentor who can assist you along the way,” Ramler says.

The director and co-founder of online store VetShop Australia, Steven Perissinotto goes to work every day knowing that a bad decision could have major repercussions, but he lets that propel him forward rather than hold him back. You can’t beat the fear, but you can manage it.

“Frankly, if you don’t feel that fear, you aren’t smart enough to be in business,” Perissinotto says.

“If you’re not able to face that fear, you shouldn’t be in business. Business is not a game, and if you make a big mistake or just get unlucky, you really might lose everything, and it’s not just you that will suffer. It affects family, staff and investors.”

Feeling fear is the surest indicator that you’re attempting something worthwhile, says Pete Watman, the founder of PopUp Brands.

“Stop thinking about what your competitors are doing, it’s a toxic waste of time,” he says.

“Get on with your own plan. And ask yourself how you’ll feel if you never try.”

Deputy director for Workplace Relations for Australian Chamber of Commerce (ACCI), Alana Matheson, says there are a number of barriers that impact upon the confidence of small business owners.

According to Matheson, it’s up to the government to create the right environment for business investment, she says.

“There’s a great opportunity to foster small businesses and celebrate those prepared to take the risk of running their own business,” she says.

Results from the 2015 survey reveal the regulatory burden remains a pressing issue for industry, with the majority of respondents believing the amount of red tape has increased over the past 12 months, affecting productivity, labour costs and business expansion.

Nearly half of the respondents reported that the impact of regulation had prevented them from making changes to grow their business. More than one in four respondents said they spent 11 hours a week or more on compliance, and almost one in two put the annual cost of compliance at in excess of $10,000.

The National Red Tape survey points out that every hour that an entrepreneur spends filling in paperwork is an hour that they’re not growing their business, satisfying their customers and creating job opportunities. While some regulation is necessary, burying businesses in mounds of paperwork does more harm than good, the campaign points out.