Why Mark Zuckerberg is giving away nearly $61 billion 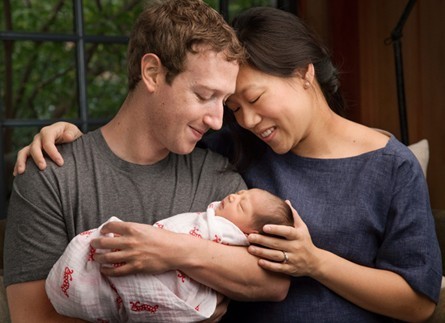 Facebook founder Mark Zuckerberg has revealed he will give 99% of his shares to charity to help create a better world for his daughter, who was born last week.

In a Facebook post announcing the birth of his daughter, Max, Zuckerberg said he and his wife will give away the vast majority of their wealth in order to “promote equality for all children in the next generation”.

Zuckerberg’s Facebook shares are currently worth about $61 billion ($US45 billion).

“Our initial areas of focus will be personalised learning, curing disease, connecting people and building strong communities,” Zuckerberg said in a statement.

“We know this is a small contribution compared to all the resources and talents of those already working on these issues. But we want to do what we can, working alongside many others.”

Zuckerberg says his wealth will be funnelled through the newly set-up Chan Zuckerberg Initiative, but he will continue to serve as Facebook’s chief executive for “many, many years to come”.

The launch of the Chan Zuckerberg Initiative comes after the Facebook founder announced he will take two months off work to spend time with his wife and the new addition to the family.

Facebook also recently broadened its parental leave policy to include employees living outside the United States, meaning all staff working for the social media giant now have access to four months of paid parental leave – including new fathers and people in same-sex relationships.