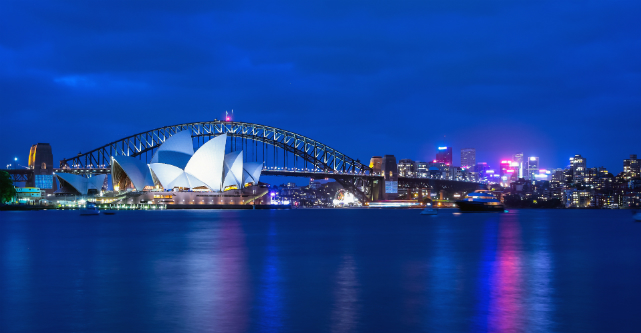 Sydney is the eighth best city in the world to be a female entrepreneur, according to a new study.

According to this year’s Dell Women Entrepreneur Cities Index, New York is the best city in the world at fostering companies founded by women, following by San Francisco, London, Stockholm and Singapore.

Sydney is the only Australia city to score a place in the top 25.

The report finds that these cities are benefiting from dramatic economic boosts because they are effectively removing barriers to female entrepreneurship.

“Being female founders has actually been a distinct advantage for UrbanYou, as we’ve been able to access networks and resources that are dedicated to supporting female entrepreneurs,” Edelstein tells StartupSmart.

“In fact, UrbanYou really started to gain momentum after we won the Women Pitch event held by Women As Entrepreneurs.”

The Cities Index considers five key categories to determine which cities lead the way in this space: capital, technology, talent, culture and markets.

“Organisations such as Heads over Heels provides game-changing connections to female entrepreneurs simply by encouraging senior male business leaders to open up their little black book and offer to introduce their existing connections to awesome female-founded businesses,” she says.

But the city needs more funding avenues and funding capital in order to continue to grow, she says.

“Sydney scored poorly on access to capital, and with limited access to funding, about 90% of women-owned businesses are bootstrapped,” Edelstein says.

“The statistics show that only 2-4% of venture capital is awarded to women-owned businesses.

“Given that women start businesses at the same rate as men, this is a very disappointing rate of investment.”

To continue transforming the landscape and boosting gender diversity, she says Sydney and other Australian cities need to lead by example.

“Encourage female entrepreneurs to drive discussions within the media and as keynote speakers,” Edelstein says.

“It would be great to start seeing women no longer represented as ‘mumpreneurs’ or ‘female entrepreneurs’ but rather as an ‘Aussie success story’.”

The report conducted by Dell and IHS is intended to be a diagnostic tool to help cities become environments that enable women to thrive as business founders, Dell senior vice president Karen Quintos says.

“Innovation and job creation by women entrepreneurs is critical for a thriving global economy, yet our research shows some cities and countries are doing far more than others to encourage and support this important subset of the startup community,” Quintos says.

“Our index provides insights to move the conversation with policymakers and city leaders from awareness to action and, in turn, to empower women entrepreneurs to have the greatest economic impact on the world.”

Dell has also announced the establishment of a global startup platform to support entrepreneurs in cities where resources for growing businesses are limited.

In partnership with global incubator 1776, Union will offer entrepreneurs worldwide access to networks, resources and education to commercialise their ideas.

“Dell’s WE Cities research proves that millions of entrepreneurs are hampered by conditions in their local economies and policies,” 1776 co-founder and co-CEO Donna Harris says.

“Entrepreneurs should be free to live wherever they want and have access to the same incredible resources. Our Union platform brings that idea to reality.”