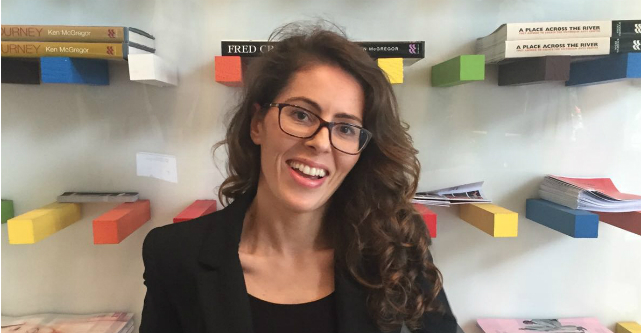 Some prominent members of the Australian startup community are beginning to shine a spotlight on the sector’s diversity problem, with many taking action to ensure there is equal representation at events and on expert panels.

At the CeBIT business tech conference, Blue Chilli startup evangelist Alan Jones was forced to ‘drop the mic’ at a live fintech panel after discovering on stage he was breaching company policy being taking part in it.

“We have a policy where we don’t speak at events where there is no diversity,” Jones tells StartupSmart.

The aim is to encourage event organisers early on to consider how representative their speakers are of the community they service and talk to.

“In general, [CeBIT] were doing a pretty okay job of a really big conference program but it doesn’t mean there is room for complacency or that we can’t call out fails,” Jones says.

So when he realised the only group represented was “old, white males”, he decided to invite women in the audience to respond on some of the questions put to him in order to help diversify the conversation.

He found about five women in an audience of more than 30.

“We still think at Blue Chilli that the lack of diversity in the tech industry is a critical and important issue,” Jones says.

Responsibility to speak up

Signal Ventures general partner Atlanta Daniel has also slammed the prominence of male-only panels more generally, and has decided to take a stand.

“In 2016, how do we still think it’s okay to have this single type of person panel in any industry?” Daniel tells StartupSmart.

“It would be impossible to think that’s the only prototype of a person who has expertise to speak on any topic.”

Sick of #allmalepanels. I know I’ve declined in the past but now I’m stepping up. Come at me re: #vc #startup #tech #innovation #earlystage

After remaining relatively quiet on the issue, Daniel says she reached a point where she had to speak up.

“It’s a tough topic to be involved in because there’s no right answer – I think a lot of people avoid it to not create more of an issue,” she says.

“There are people in a position to put their hand up and say, ‘I can talk about these things.’”

As the co-founder of a seed-stage fund that wants to play a significant role in growing and nurturing the startup ecosystem, Daniel says she is now one of these people.

Earlier this year, Hey You co-founder Rebekah Campbell called the lack of women in investor circles the elephant in the room the startup community is ignoring and now voices like Daniel’s are raising further awareness of the issue.

“There are many instances where I’ll feel a different vibe coming my way versus others in the room,” Daniel says.

Daniel says programs and initiatives such as all-women accelerators and hackathons should have outcomes that eventually reintegrate into the broader community.

“It’s not necessarily a male or a female problem to solve, I think it’s an everybody problem,” she says.

Since conception, Jones says BlueChilli has taken a structural approach to improving diversity both internally and across the broader ecosystem.

“In our product development team, some of our best engineers are our female engineers,” he says.

“Last time I checked, only two out of 26 of our entire product team were born in Australia.”

With the announcement of SheStarts on International Women’s Day and the appointment of Nicola Hazell as the organisation’s new head of diversity and impact programs, Jones says BlueChilli is taking a much more heavy-handed approach to see results.

“We just thought there’s a ground swell, there’s a sense that it is changing but the organic change isn’t enough so we need to hack this,” he says.

Hazell, a former television news reporter, has been a strong voice on gender equality and social change.

“If we are building a tech and innovation economy, we need the whole of our community to participate in it,” she tells StartupSmart.

She has spent the past decade working across media, government and the not-for-profit sectors.

“Australia is at a point where everyone has realized there is a great opportunity to invest in innovation,” she says.

“We’re seeing that women are missing from this picture.”

With a goal to shift the conversation and get more people talking about women in tech in a new light, Hazell will lead SheStarts among other initiatives to drive this change.

By the end of the year, she expects to see ten exceptional women-owned companies accelerated through the program and hopes this will expose others considering the journey to a world where it is possible.

“We’re not going to fix a massive issue like this in six months but we need to start big and that is what SheStarts is all about,” Hazell says.