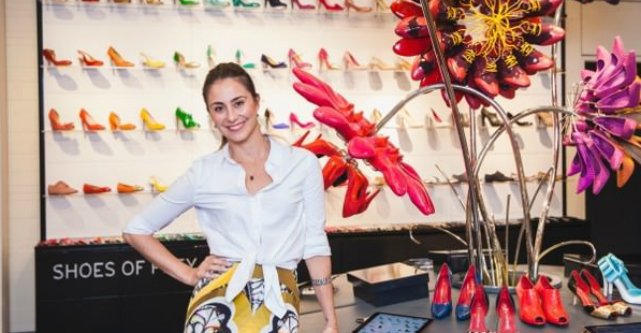 Shoes of Prey co-founder Jodie Fox has revealed an awkward encounter with an investor in the hope men realise well-meaning behaviour can sometimes make the business world less inclusive for women.

In a video posted to her YouTube channel, Fox revealed how she met with a potential Shoes of Prey investor at a bar.

“Now, I didn’t love the idea of meeting him in a bar, but it’s not unheard of,” Fox says.

“So I went along. Anyway, I go there, and the first thing he said to me wasn’t … hello, or it’s great to meet you. He looked at me and said ‘you look amazing, and looked me up and down’.”

Fox says the location, along with having not met this investor before, made her a little uncomfortable.

“Earlier in my career, I would have just dismissed this as an off-the-cuff slip-up,” Fox says.

“But as I’ve progressed, I’ve realised it’s these seemingly innocuous comments that are what contribute to creating this barrier to opportunities for women professionally. We really have to pay attention to that.”

Commenters on the video have been overwhelmingly supportive.

“Not okay, I completely agree with you,” one woman wrote.

“His intentions may have been in the right place, but it’s just unprofessional and honestly quite degrading.”

“Imagine if you walked into the meeting with the investor and before saying hi you said, ‘Hey, you look rich!’” wrote another.

This article was originally posted on SmartCompany.