The case for more empathy in tech 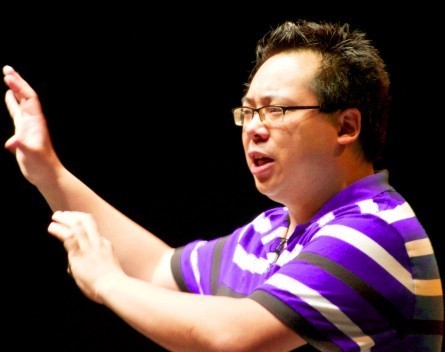 With a little more empathy, the technology industry might actually fulfill its promise to make the world a better place, according to Dan Hon.

Hon is former lawyer and co-founder of Six to Start, an award winning creative company, and is currently content director for Code for America and delivered the final keynote address at Web Directions South in Sydney on Thursday night.

“I’m really excited and optimistic about the future. But I’m also really really angry about the present,” Hon says.

“Over the last 40 years computing and communications technology has gotten cheaper, and faster and smaller, and now when we talk about the internet of things, we anticipate a future where everything can have an IP address and touch the network.

“And yet all this excitement about a connected future is against the background of a shift in the world. A change in the way that Silicon Valley and the rest of the world is building and bringing the new products that are chaining our lives and the ways established business are operating, and the way governments are deciding to interact with us.”

Hon says there is an inescapable fact, while we might be building an Internet of Things, right now there is still seven billion people who are going to using that internet.

“We should be building an internet for humans as well. And I worry that there’s a gap in empathy between those organisations and us as people, as audiences, as citizens, as consumers, as users.

“That there is a big gap between what we do when we build these services and how these are actually used.

“I think designing an Internet of Things or just designing an internet, or making stuff that goes on it and lives out in the world, means we need to understand what that empathy gap is.”

The empathy gap is a the lack of understanding between an organisation and its audience. Hon gives numerous examples; whether it be AT&T asking their users to write a letter in order to opt out of certain terms and conditions, an American food stamps program  having 50 pages worth of online forms to fill out, or Apple putting an entire U2 album on their customers phones.

Hon is worried the world is heading towards a dystopian future where inflexible software is eating the world. Not the money-making Marc Andreessen type of software, but the kind that lacks empathy.

“I mean the idea that bad services, bad product and bad communication, increasingly demonstrated few a perceived failure to understand another person’s situation,” he says.

“In other words, a chronic failing of user understanding and research.”

A new service that lets people with bad credit get cars, and if they miss a payment, the software immobilises the car.

“Which is great, until your 4-year-old has a 102 degree fever and you need to get to the hospital, and you swear that you’ve made that payment and you can’t get through to anyone, and the car just doesn’t start,” Hon says.

“If we’re going to connect everything, if the network is the new electricity, which I do think it is, then I want a network for people, not just of things.

“If they have a need, if they have a task to get done then it’s our job to value their time and respect them, and to treat them as people. And get that job done as quickly and simply and easily as possible.

“If we’re supposed to believe, still that the web is, can be, and should be egalitarian, then we should use it to make the world that way too.”