The cowardly salesperson: What to do when good staff go bad 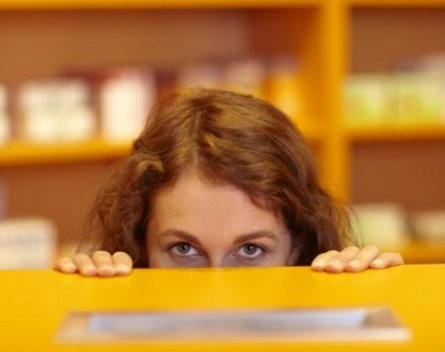 For all the retailers’ complaints about customers choosing to purchase products online these days, there is no shortage of examples of poor customer service. Still, if there were a prize for the worst, one phone company – I’ll refer to them as “Virulent” from here on in – would be a certified top contender.

This tale of woe began innocently enough. Your humble correspondent’s contract recently ran out, and after 24 months of calls dropping out on another carrier, it was time to switch.

Now, sure, many years ago when I was last on Virulent – using a pre-paid mobile at the time – an error in their billing system somehow resulted in me getting a bill. That’s right, a bill for a pre-paid phone. But that was many years ago – surely this company must have improved at least a little since then?

Well, Old Taskmaster walked in to the local Virulent shop in search of a new plan. Soon the memories came flooding back of why I’d stopped using them many years ago.

After what felt like 40 days and 40 nights poking at new Samsung Galaxies, BlackBerries and iPhones, I was (finally) approached by one of their sales staff. Unfortunately, a glum look befell this young salesman after I explained how I wanted to give the company he works for some money.

“I’m sorry, we ran out of pamphlets explaining our current mobile offers. Do you know which plan you want? I mean, we have 12-month plans, 18-months, 24-months or no contract ones. You might want to go home and look it up on the internet and come back here later once you’ve decided which one you want,” the bad salesman says.

Now, if your job were to sell mobile phone plans, surely some basic familiarity with the products you’re selling isn’t too much to ask for? That said, even if this chap is a new trainee, why isn’t there at least one copy of that magic sheet of paper with the plans floating around somewhere?

Thankfully, the other carrier had just enough coverage to get one bar of coverage to (slowly) pull up Virulent’s website on Old Taskmaster’s smartphone – enough to look up Virulent’s plans. Upon nominating an offer, another problem emerged…

“Unfortunately, we don’t sell our sim cards here, but you can try the Virulent dealer down the street, they sell them. Or you can order one by calling our sales hotline if you like,” says the young salesman.

“Actually, if you know what you’re after, just step this way, we do have some computers over here and they’re connected to our website. If you like, you can place your order on this computer…”

Now I’ve heard of pushy salespeople before. I’ve met some passive order takers in my time. But there is nothing quite so sad as a salesperson who is actually afraid of selling their employers’ products to a customer willing and ready to purchase.

While I’m sure this young chap will eventually find his true calling in life – most likely in a field other than sales – there are also a number of clear deficiencies on the part of the employer that allowed this poor service to occur. These potentially include insufficient product training, poor systems support, inadequate inducements, poor recruiting and a corporate culture of complacency.

Old Taskmaster’s advice? Lazy or indifferent workers follow the path of least resistance like water in a blocked riverbed. So make sure the structures are in place to channel them in the right direction!