The digital divide is narrowing but more needs to be done 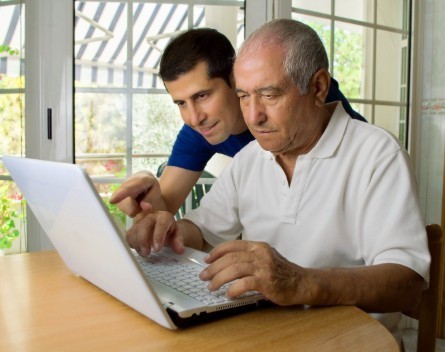 Australian governments are attempting to deliver more of their services using mobile apps or over internet platforms such as myGov. The federal government’s ICT Sustainability Plan argues for the promotion of Government 2.0 listing the obvious benefits such as reducing costs and improving the convenience and speed of solving problems.

Yet lingering inequalities of access have made the shift to online service provision less effective. The term digital divide describes a form of inequality derived from diminished access to technological services, such as internet access.

While basic access to the internet has improved in Australia, other divisions have become crucial: in speed, hardware and know-how. Educating people to use the internet to access services, and making this easy, should be the next step for government agencies attempting to push their services online.

So who is and who isn’t online?

Research by the Australian Communications Media Authority says internet usage is growing in both regional and urban areas.

Most growth is driven by the use of internet enabled mobile phone handsets.

During the period December 2009 to December 2013, the proportion of the population using the internet via their mobile phone increased from 12% to 49% in major capital cities, and from 5% to 32% in non-urban areas.

Beyond the use of smartphones, the gap is closing slowly. There is a 12-percentage point difference between urban (84%) and rural (72%) Australians with a home broadband internet connection.

The Australian Bureau of Statistics’s report on Household Use of Information Technology also highlighted divisions in use and access based on age and socioeconomic background.

In 2012–13 it found only 46% of older people were internet users and only 44% of this age group had accessed the internet from home in the previous 12 months.

Rates of access in remote indigenous communities are particularly low.

A joint study by Swinburne University and the Central Land Council looked at home internet use in three remote indigenous communities – at Kwale Kwale, Imangara and Mungalawurru in the Northern Territory.

Only 10% of total adult participants owned their own computer, and only 10% of those were connected to the internet at home. Even people with access to a computer could not always get a satellite connection and some run off generators rather than the electrical grid.

Australia is trying to solve the problem of the digital divide with the development of the National Broadband Network (NBN). This will provide high speed broadband access to all Australians through a combination of fixed, mobile and satellite networks.

While the Liberal/National coalition government elected in 2013 has reformed the NBN project to provide lower speed connections, they should consider prioritising museums, schools, libraries and community centres with high speed access. These could provide education and training to members of their communities with a reliable internet connection and functional hardware.

The role of high-speed connected schools

Schools have a particularly important role to play in educating young people and servicing communities in rural areas. Skills training in computer literacy and navigation skills are essential to improve accessibility and use of online services.

Therefore schools should be considered as both access points and training centres, and prioritised.

The Human Rights and Equal Opportunity Commission’s report on rural education made it clear that the cost and reliability of internet access must be improved if schools are to play a strong role in closing the digital divide.

Some examples of good inclusiveness policies were listed by the Economist Intelligence Unit in its 2012 Best Practice from Around the World report. It commended the work of Telstra in narrowing the digital divide.

Three of the telco’s projects for managing this change include:

Many countries confront divides between their rural and urban population in internet access, yet Australia, with one of the lowest population densities in the world, is particularly challenged by its own geography.

So until universal accessibility is guaranteed, any money government agencies and public service providers save as services shift online should be invested into quality internet access, skills training and other inclusiveness strategies. These strategies are key to ensuring existing inequalities are not reinforced by shifting to online delivery of services.

Philippa Nicole Barr does not work for, consult to, own shares in or receive funding from any company or organisation that would benefit from this article, and has no relevant affiliations.