The end of stress 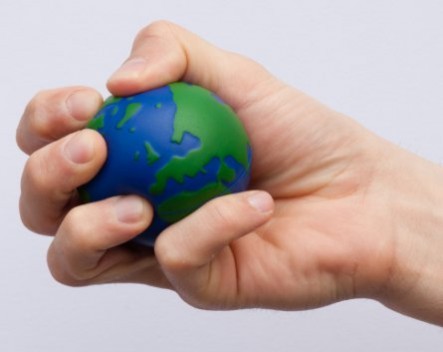 For the first eight months, I ran around the US trying to launch a start-up on no budget, build a product, raise capital, and run the team back in Sydney – all simultaneously.  I was exhausted; sometimes I wondered whether the business or I would make it.

Occasionally, I was so stressed that I was paralysed – unable to muster energy or focus to move. I asked myself repeatedly – why am I doing this to myself?  Why can’t I get a normal job like normal people where I could go home at the end of the day and actually get some sleep!

Well I’m happy to report that, in 2013, Posse and I didn’t die and that the year ended well. Yet throughout the year, ‘stress’ was my constant, unwelcome companion. I can’t help but wonder; am I more stressed than everyone else, and what is the underlying cause of this stress? How can I eliminate it in 2014?

If you knew me personally, you’d discover I’m an exercise-obsessed, non-caffeine, virtually non-alcohol drinking, twice daily meditating, vegan, yogi. But I’m not about to preach stress-management techniques; thousands of articles tell us how to reduce the effects of stress. I’ve read many of them and, as you can tell by my controlled lifestyle, take on each suggestion with zest and commitment. This summer holiday I’ve been wondering; what are the causes of my stress? In 2014, I’ll address these causes, rather than adding more stress-control techniques. I’ve run out.

Before revealing my thoughts about my own stress, I’ll share the conversation I had with my friend Chris over brunch this past Saturday morning. Chris works for an advertising agency in the city and he’s having trouble at work.

Chris is a mid-level manager who runs a sales team for the agency. His boss in Melbourne just placed a family friend in his team who, rather than reporting to Chris, has been hired to co-lead the team and report directly to the manager.

Chris is stressed because the new woman with whom he’s supposed to be working is becoming obstructive, undermining him to the team, and badmouthing him to the boss. Because they have a personal relationship, he can’t address the problem. He’s terrified he might be fired and lies awake at night, angry and frustrated. He looks worn out and I’m worried about his health.

I’ve long assumed that being an entrepreneur with so much responsibility and risk, surrounded by uncertainty, must be more stressful than having a job. But even after my tumultuous 2013, when I look across the table at Chris, he may be a lot more stressed than I am.

Can we access the key causes of stress? Instead of managing them, would it be possible to remove them from life altogether? Obviously, I’m not a doctor or psychologist. But as I sit at the kitchen table of my parents’ house on holiday, these are my thoughts.

A lot of my stress comes from feeling out of control. Suppose I’m waiting for a funding round to close and a key investor goes silent. I feel there is nothing I can do and lie awake at night, heart thumping, waiting for an email. Chris is stressed because he can’t control his co-worker and her vindictive behaviour. He lies awake fretting about what she’s going to do next.

Control is one area where we entrepreneurs have it much better. Sure, it’s stressful when we have to rely on other people, but there’s usually something we can do about it. The next day we can scope out new investors or cut costs. We’re never at the mercy of someone else. Chris feels as if he’s out of control but he’s a talented, hard working guy; he could always quit and find another job. To remove ‘control’ as a stress factor I must remember that I’m ultimately in control. There are always other opportunities.

Another major cause of stress comes from worrying that things won’t work out the way I’d hoped. Much of the pain that I experience, lying in bed waiting on an investor to email, comes from a future I’ve created in my head – a future where our investment round closes smoothly – a future that may not exist. This feeling is similar to grief.

When I suffered the loss of someone very close to me, much of the pain was for the loss of a future I’d imagined. I think it’s healthy to hope for an investment round to close or for a product to take off, to plan and work towards those goals. But I also think it’s important to remember that the future hasn’t arrived. The only thing that’s for sure is now.

Last year, I wrote a post about professional jealously. I was flooded with emails and Facebook messages, so obviously it struck a chord with many people. I find it difficult to avoid comparing myself to other people or worry about what others think of me. I know this is pointless, but it’s very hard to stop.

When I compare myself to others, it always leaves me thinking that something’s wrong with me, which knocks my self-confidence. And it’s crazy to worry about what others think of me because no one actually cares much about what I’m doing. Everyone has their own stuff going on. The world is big and I am small.

I’ve been thinking about self-confidence this holiday and it struck me; I might not have as much as I’ve thought. Often, people who seem the most confident externally (like entrepreneurs) are, behind it all, the least.

They just act confident to compensate for that voice inside their head that tells them they’re not good enough. Self-esteem and self-confidence – that’s a whole other issue. I’ll write about that later. I do believe that, through cultivating a deep sense of self-belief, I could kill stress entirely.

Stress is an invisible energy drain; it wears us down. It doesn’t matter if you’re a struggling start-up entrepreneur like me or you have a corporate job like Chris. We all suffer. With so much opportunity out there in the world, I want all the energy I can have.

This year, rather than work on ways to manage stress, I’m going to address its root causes. Then I’ll be able to relax my stress-reducing routines and have a bit more fun as well.