The top take aways from The Sunrise Conference 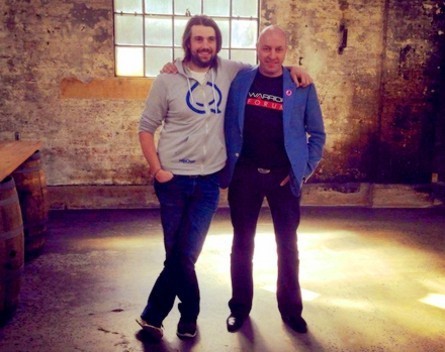 1. There is no roadmap

Just as a business fails for many reasons, a business succeeds for many reasons, however what works for one startup may not work for another. For example, lots of founders find success by focusing on one product, yet Mike Cannon-Brookes said building a second product was a key to Atlassian’s success. For Freelancer’s Matt Barrie, scoping the market size and crunching the numbers helped guide decision making early on, while Bevan Clark, the founder of Retail Me Not benefited from being naive about the size of his market. For every perceived right way of doing something there is someone achieving success by doing the opposite. This leads to the next lesson.

Every founder made mistakes along the way, whether it was being blacklisted by Google, fighting with investors, or wasting money. Of course you can only make mistakes if you’re prepared to put your neck out there and try stuff. That’s what every successful founder does, they try things whether it’s experimenting with different acquisition channels, new product features or even new team members. A key turning point for Rod Johnston’s SpringSource was diversifying the team. The more you test the more you learn.

According to Evan Thornely founder of LookSmart the second cause of startup failure after lack of cash is failure of governance. Governance is about having processes in place when the road gets rocky because it will get rocky. This covers everything from legal contracts, documentation and having a board you can trust. It also covers decision making. Founder of Tibra Capital Danny Bhandari admitted that collaborative decision making leads to team alignment but it can be at the cost of progress. Having processes in place will save you time and money. The old adage ‘hope for the best, prepare for the worst’ applies to startups too.

Team and culture is critical to your success. This advice is not new but it’s worth repeating because every founder that spoke emphasized the importance of people. Asked how to create a good culture, Mike Cannon-Brookes said “You can’t create culture, the people are the culture.” You have to hire A players and get rid of toxic people. As Matt Barrie said, if you had to compromise on people, product or market you compromise on product because great people in a great market will make it work.

5. Design is the new black

In a world where every entrepreneur has access to the same online tools, resources, books and business models, often what separates a great product from a mediocre one is the user experience in which design is a key part. This is why, according to the founders, designers are in hot demand at the moment. In fact, you could say that design was the inspiration behind founder’s launching products in the first place. Freelancer was partly inspired by the bad design and UX of a competitor, likewise SpringSource.

A lot of the startups that featured were self-funded to a point and some still are such as Envato, a $180 million marketplace. Envato’s founder Collis Ta’eed admitted that not having funding was a good thing for his business. A limited budget led to more creativity and ingenuity. This gives hope to every Aussie entrepreneur who thinks the difference between success and failure is raising capital.

Jason Allan is the marketing manager for Cammy.com.