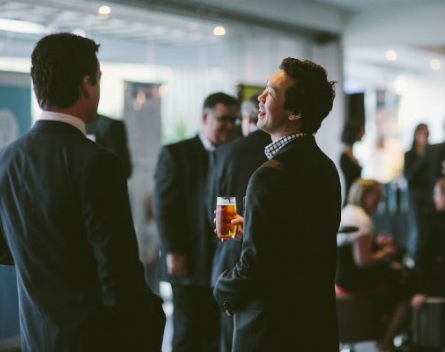 Parents have long lectured their children on the importance of saying “thank you”, but recent research has shown has shown those two words could have a significant impact on new relationships.

The study, conducted by the University of New South Wales and published in August this year, found thanking an acquaintance the first time you meet them makes them more likely to want to seek an ongoing relationship.

Participants in the study who were thanked for their time were more likely to leave their contact details, for example their number or email address.

According to UNSW psychologist Dr Lisa Williams, this is the first time research has proved thanking a new contact sends a strong signal that a “high quality relationship” could be formed.

“Our findings represent the first known evidence that expression of gratitude facilitates the initiation of new relationships among previously unacquainted people,” said Williams.

“With more people communicating by social media, such as Facebook and Twitter, it would be interesting to find out whether just observing someone express gratitude increases another person’s desire to form a relationship with them.”

Eve Ash, psychologist and chief executive of Seven Dimensions, told SmartCompany the research has some interesting lessons for self-described networkers and those wanting to build stronger connections in the workplace.

“We already know that people don’t feel they get enough acknowledgement for the work they do,” says Ash.

“Yet managers always feel they give a lot of feedback, acknowledgement and thanks. Acknowledgment and appreciation boosts morale, which makes people feel good about their job.”

Ash says while the research is not surprising, it is interesting the study focused on people meeting for the first time.

“It is about being genuine,” she says.

Ash says the reason why a simple ‘thank you’ can pay dividends is that verbalising your gratitude takes the relationship to a level beyond a superficial ‘nice to meet you’.

“We do expect thank you when there’s an actual giving of something but thanking said without that prompting gives you a really good feeling,” she says.