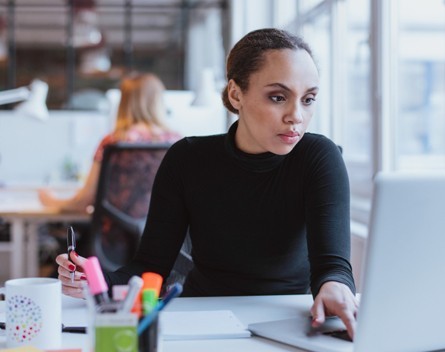 I’m asked the same question at almost every industry event I attend: “How can I support women in technology?” And I’m usually asked by men.

Often the catalyst is a daughter interested in what they do, and the critical realisation that they don’t want her entering a technology field with the culture it has right now. But mostly it’s because they’re good people and understand diversity makes for better individuals, products, companies and communities.

What I tell them is that it’s a marathon not a sprint, and they probably won’t see results right away. The solution isn’t linear, it’s cumulative and it’s social. It requires us to apply systems thinking to the enterprise and cultural systems we work within.

It’s also a pipeline issue. Without proactive work to incentivise and include young women in the sector, it’s an uphill battle. And no, it’s never too young to start. Getting technology into curriculums and learning experiences as early as possible means we’re exposing the achievers of the future to options and opportunities in their formative years. Leaving it to university is far too late – behaviours are entrenched, and imposter syndrome in high gear.

Technology is no longer a single ‘industry’. It’s the language of creativity and productivity. It’s our economic language and it shouldn’t be the domain of a privileged few.

When Envato became the first Australian startup to release our gender stats in 2014, we threw down our own gauntlet. Since then, we’ve made many small improvements.

We tested the language we were using in our IT job ads with women and found it unconsciously alienating. We ditched terms like “ninja” and “superstar”, and got more female candidates. We made sure women met the other women they’d be working with as part of the interview process.

We binned the term ‘cultural fit’, which can be code for ‘challengers to our status quo unwelcome.’ We did training to counter unconscious bias. We had roundtables with every woman in our business. We supported more events supporting women in technology. We started speaking more and turning up more.

And we developed a new diversity value that gives our whole company a mandate to ensure our business reflects the world we live in.

Startups are in a perfect position to help agitate for positive change. A recent survey from recruitment firm Robert Half found that small and medium sized businesses lead on hiring women in tech. We’re nimble by nature and problem solvers by trade. We need to create proof points that can give older, institutionalised businesses the permission and courage to act. We need to disrupt a broken approach.

If we approach the challenge like good business – test, learn, build influence, scale success – I’m optimistic we’ll get there, and it’s a ‘there’ our country needs if we’re to keep thriving.

Cyan Ta’eed is co-founder and executive director of Envato.