Understanding the Amazonian workplace – it’s the law of the jungle 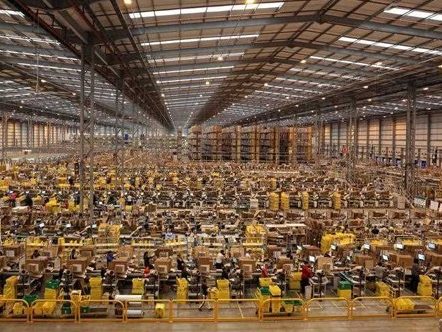 In virtually every science fiction novel or film, there is an evil corporation which dominates the world – from LexCorp in the Superman franchise to Weyland-Yutani in Alien. Their masterminds tend to hide their ambitions behind stretched smiles and a language of care. That is, until the story’s protagonist exposes their plans and saves the world by exposing the evil afoot.

Compare this to the real world. We have corporations with huge influence which do bad things, we are well aware of it and yet we continue to let it happen. Why?

The recent New York Times exposé of life working for Amazon used old-fashioned investigative journalism to reveal the harsh reality of working in the company’s head office in Seattle. It documents a culture of relentless criticism, with a reliance on continual measuring of performance and long working hours. Unsurprisingly, this results in high labour turnover, as those who refuse to become “Amabots” (a term used to describe someone who has become part of the system) get spat out like returned parcels.

Nothing new to see here

There has been predictable criticism of Amazon following these revelations – rightly so. But consider what we already know about the company. We have known for some time that it has a tax structure which ensures that it minimises its responsibilities in paying for the roads which allows it to transport its goods and the education that allows its employees to be able to read and write (Amazon’s British business paid just £4.2m in tax in 2014, despite selling goods worth £4.3 billion).

We know, following the work done by Spencer Soper in the US and Carole Cadwalladr in the UK that the conditions in its warehouses are punishing. Long hours, low wages and continual monitoring by technology result in high labour turnover. Oh, and (surprise surprise) Amazon doesn’t like trade unions.

What else do we already know? That Amazon is a company which seeks to dominate markets through cost efficiencies, putting competitors out of business, or ensuring that they have to do their business through Amazon. There are well-documented accounts of its attempts to ensure that publishers offer the same discounts that it does, or that all print on demand has to go through its own company.

And, if that fails, it simply buys the competition with the huge piles of cash it has built from doing what it does, as it did with AbeBooks, LoveFilm, Goodreads, Internet Movie Database, The Book Depository, BookFinder, to name a few. And this isn’t even to mention its domination of the e-reader market through Kindle. Even if it doesn’t say so on the website, you might well be doing business through an Amazon subsidiary. If this isn’t a strategy for world domination, what is it?

In 21 years, Amazon has grown to become a company with almost US$89 billion in turnover every year. To put this in context, that’s greater than the GDP of countries such as Cuba, Oman and Belarus. And it has made Jeff Bezos, its driven founder, a personal fortune of around US$47 billion, which is about the same as the GDP of Costa Rica or Slovenia.

As one of his many plaudits, he was named “World’s Worst Boss” by the International Trade Union Confederation at their World Congress in May 2014. He also now owns the Washington Post.

All this, and much much more, is known about Amazon, but it continues to grow, recently suggesting a move into delivery by drones and beginning a food delivery service in a few US cities.

In his recent novel, The Circle, Dave Eggers describes a US internet company (a cipher for Google) that gradually moves towards world domination, using relentless monitoring of its employees and a continual rhetoric about exceeding customer needs. In the novel, when the customers or employees are confronted by criticisms of what the company does, they don’t see it, instead pointing to all the ways in which the company is making their lives easier. Criticism is seen as negative, practised by people who want to turn the clock back.

Talk to most people about why Amazon is a problem and you will get similar responses. “But it makes things so easy.” “They are cheaper than anyone else.” “What’s wrong with efficiency?”

The law of the jungle

But this isn’t just a debate about Amazon, as if it is a bad company surrounded by lots of good ones. It raises much broader questions about what corporations do. Essentially, they are machines which are designed to grow, to externalise their costs and privatise their profits. The fact that this produces a management culture of extreme bullying, or anti-union practices in its workplaces, or anti-competitive strategies in its marketplaces shouldn’t really amaze us.

It’s the law of the jungle, right? What should amaze us is the extent to which we know that this happens and yet – unlike the heroes in the sci-fi films – we continue to do nothing about it.

Behind the reflective surfaces of its buildings and website, Amazon is selling us something else. It’s a vision of a different world of work and consumption. This is a privatised, measured and monetised world, in which every social value is for sale. You can even buy books which tell you what’s wrong with corporations through the website, because the content doesn’t really matter that much.

All that matters is that the company makes money, dominates markets, keeps customers happy. That is what Amazon sells, and we continue to keep buying it.