Want to make a real impact? Keep calm and carry on! 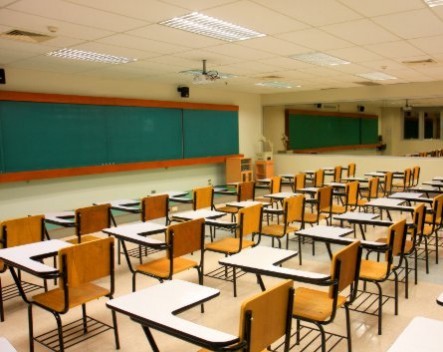 Near the dawn of time, many aeons ago, your humble correspondent was a humble school student. Yes, as difficult as it may be to imagine, it once happened.

Back then, there was an English teacher named Mr Jones. And it seemed, no matter how poorly his students misbehaved, the jolly old codger never would lose his temper. It was almost unnerving.

For example, in form five, a mysterious unknown individual accidentally rigged the student council elections. After a pitch battle (involving bribing everyone at the school with anything they wanted from the canteen), a young Taskmaster (unsurprisingly) emerged victorious.

During a speech accepting the prestigious post of school captain, your humble correspondent announced a decree upgrading the title to a new position of benevolent and beloved president for life, with absolute power over all matters throughout the universe for all eternity.

Unfortunately, as history recalls, a horrible and unjust coup happened to befall this once proud educational institution within the hour. The headmaster, unjustly, revoked the title of school captain and benevolent dictator.

Perhaps it had something to do with a series of phone call that were placed by an unknown individual to the Department of Foreign Affairs and the United Nations, declaring the school’s independence as the democratic republic of “Taskmastan”, with your humble correspondent as true, democratically elected leader.

Of it might have been the following call to the local pizza shop, ordering a barbeque cheese and chicken pizza for all the good burghers of Taskmastan. (Unfortunately, Fat Tony failed to recognise Taskmastan dollars as legal tender in exchange for over a thousand pizzas, meaning the new republic had to pledge its foreign currency reserves for the deal.)

Soon Fat Tony arrived at the front office. “G’day, I’ve got an order here for 1035 Chicken Cheese pizzas. It was tough with our ‘pizzas in 30 minutes or you get ‘em free’ challenge, but we managed. Now will you be paying with cash or credit today?”

Despite having no evidence of who was to blame for these admittedly undisciplined acts, it was decided that another school captain would be appointed.

Young Taskmaster was unjustly forced to sit in a cold, windswept hallway, as the headmaster contemplated how many weeks of detention were appropriate for an act of high treason and sedition. Down the corridor, the school administrators were loudly arguing with Fat Tony over how they planned to pay for 1035 fast food meals.

Then came muck-up day. For the young’uns out there, back in the good ‘ole days before political correctness went mad, high school students on their graduation day had a blast playing pranks on their soon-to-be former schoolmates. Mostly, it involved egging cars, although occasionally it involved pouring concrete into drain pipes (but that’s another story).

Anyway, this one muck-up day, a young spade, by the name of Snoqualmire, decided to egg the English teacher. Dripping with egg yolk, Old Man Jones cracked like an egg shell. A finger was pointed and a voice raised – in anger! No one had thought the jovial old man was even capable of such an emotion!

Young Snoqualmire instantly knew he had gone too far. Watching him, you could tell he felt an inch tall.

The lesson? Be as calm as possible with your staff. Be jovial and happy. That way, when you lose your cool (with good reason), it will have far more impact.

(Oh, and for the kids reading this, if you stage a coup at your high school, be sure to do it on a day the headmaster is on leave!)