What if we had a ‘National Invention System’? 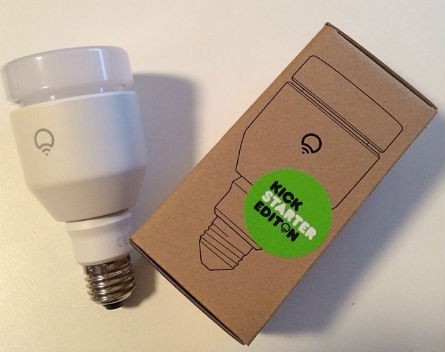 Australia’s Senate Economics Committee is currently undergoing a review of the National Innovation System in light of the “challenges to Australian industries and jobs posed by increasing global competition in innovation, science, engineering, research and education”.

It comes as the government prepares to finalise its “competitiveness agenda”, with a reported focus on agribusiness, energy, mining technology, medical technology and advanced manufacturing.

The idea of a national innovation system was first conjured up in the 1980s. According to the OECD:

“The concept of national innovation systems rests on the premise that understanding the linkages among the actors involved in innovation is key to improving technology performance.”

In using the noun “actor” they gave the game away; ever since the concept was invented countries have been reviewing their innovation systems and the results are pretty much used solely to adjust government handouts to universities, service providers and businesses involved in “innovation”. These are the same actors that make all the submissions to the reviews in the first place.

In the disciplines of science, technology and business, “innovation” generally refers to a process or outcome that is novel, at least to the actors involved. Usually innovation also imparts benefits upon the innovator. The trouble with a focus on innovation is that almost anything can be labelled as innovation – all an actor has to do is claim prior ignorance.

Invention, on the other hand, refers to the creation of something – an idea, a result, a product or a method – that is completely novel to mankind and also unexpected and valuable. The key point is that all inventions are innovative but very few innovations are inventive.

In the patent world the definition of the term “invention” is a little more rigorous. In order to get a granted standard patent in Australia a patent specification must fully describe an invention and must satisfy at least the following criteria: the invention must be useful, novel, non-obvious, and must meet certain other disclosure thresholds including that it should have a detailed enough description that anyone working in the appropriate field should be able to make use of it.

The tricky one of these criteria is the “obviousness” test. This is supposed to be limited by what the skilled person would have found “obvious” before the patent application was filed in the light of the common general knowledge.

When considering who is a skilled person one is supposed to look at to whom a patent specification is directed to, and look for the reasonable and uninventive common person(s) in the technical area (let’s call this person the “diligent operative”) and ask, or imagine, what he or she could be reasonably expected to think about how obvious the supposed invention in a patent specification is.

If one was to come up with the least practical definition of the obviousness of an invention this would be it. And in fact it is mostly ignored in practice. Patent attorneys and patent examiners mostly just use precedents and prior art patents to make decisions on inventiveness during the examination process. This approach somewhat bypasses the obviousness test which partially explains why there are so many uninventive patents.

In reality, there is not a binary step function between innovation and invention. Different people and groups, viewing the same proposed invention will have a different opinion on the degree of inventiveness. The patent system forces us into making binary decisions on these matters and the threshold for inventiveness that is used has, in my opinion, slipped far below any defendable limit, primarily because patent attorneys and their clients have more incentives to push the limit than patent examiners have to push back.

My personal definition for true invention is that it must satisfy these requirements:

Novelty: Invention must be the result of serendipity or blinding insight, normally only by the highly-trained and the ready mind. To others in the field an invention is likely to be “obvious” but only after the fact – this can be compared to the emotional concept of “sour grapes”.

Knowledge creation: Invention can accompany knowledge creation but I see no requirement for new knowledge to be created by the creation of an invention other than the idea itself. Conversely when genuine new scientific knowledge is created it is often many years before someone has the inventive insight as to how to put that knowledge to practical use.

Useful: Of course the invention must be useful. In the commercial environment this converts to “lucrative”. In general, there is a much greater probability that any single invention will be more valuable than any number of related innovations.

If a party wants patent protection for an invention then the “price” that is paid for the limited period of monopoly granted by a patent is that they provide sufficient description that would allow others to understand and potentially be able copy the invention (but not until the patent is expired).

Time for a pivot

There is an index that suggests Australia, the 12th largest economy in the world, is the 17th best place in the world to innovate – this is based on a scoring system that is so complex that it could only be labelled as “innovative”.

Despite this I would assert that Australia’s problem is not a lack of innovation – we have that in spades. Our problem is a dire shortage of useful invention.

My suggestion to the Senate Economics Committee is to shift its efforts to a review of the National “Invention” System where any resulting investment of taxpayers dollars would have far greater benefit to the economy. Invention is also much easier to measure than innovation, making the effectiveness of any recommendations that are implemented able to be more meaningfully measured.