What is it? Check 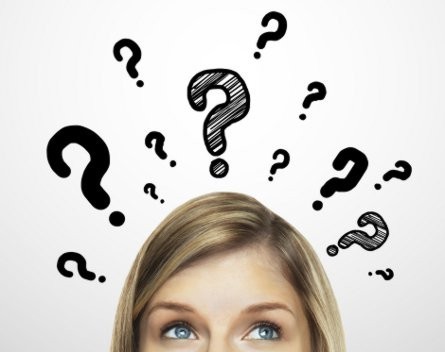 Last month I posted a riddle – if you did not see it then check it out before continuing to read: What is it?

Thanks to all the emails and smart (but not quite correct) guesses like attitude, strategy, leverage, networking etc …

The short answer to the riddle is: the checklist. And if you hear yourself say: “Ah, I thought it was something more interesting … checklists are for the confused”, then you are on your way to confirming point four in dismissing it.

In 1935, Boeing would have gone bankrupt if it weren’t for the checklist. As Atul Gawande tells the story in his book The Checklist Manifesto, their new bomber B-17, dubbed ‘Flying Fortress’, crashed at the first test flight.

Being the largest, most powerful bomber ever built the B-17 was, as one journalist put it, “too much airplane for one man to fly”. After the shocking crash, the US ordered planes from Boeing’s competitor.

Later, still believing in the Flying Fortress, US pilots came back with a take-off checklist to help pilots go through all the crucial steps of a safe take-off.  The US then ordered 13,000 B-17s, which gave the US a decisive air advantage in the Second World War.

In 2008, the World Health Organisation introduced a 19-point pre-surgery checklist into hospitals worldwide: the result was major complications dropped by one-third and death rates cut in half.

In my current thinking, I put most checklists into two groups (or a combination of):

Like a cooking recipe, these checklists are mainly used for activities that involve a list of known items or actions. These can be for preparing an airplane for take-off or preparing the operating room for brain surgery. Sometimes long and elaborate, these checklists can only be used when the outcome is not time critical, like when there is a customer waiting at the end of the line, or when an airplane engine suddenly stops in mid-air.

The next group of checklists comes in use when it is time critical.

These checklists must be designed to be practical and easy to use, to achieve their one (and only one) purpose in the quickest possible way. They are commonly (not always) used in diagnosis situations.

For instance, the Boeing checklist for engine failure during flight consists of just seven practical, clearly stated and actionable points, and has saved 1000s of lives so far. Good designer checklists are like your GPS for the shortest route to the results you want.

They may also seem deceptively simple to build. But because of their simplicity every point counts a huge deal and covers a complex array of interconnected and critical issues.

How simple and powerful is this checklist?

This is my three-point designer checklist I call the ‘workforce engagement checklist’ (borrowed from Outliers: The Story of Success by Malcolm Gladwell). It tells me, so far without fail, whether each employee of any client of mine has a fulfilling job:

Voila! If I find any ‘no’ answers to any of these three questions, I know where to look. Ironically millions are still spent on consultants to come out with exactly the same answers as in this three-point checklist.

To borrow the analogy of the Flying Fortress – “too much airplane” – do you have ‘too much business’ for you to operate? Then check!

(Please note, my next post is all about why your customers will love you more when you ignore what they tell you. It is one point in my four-point customer satisfaction charter! Stay tuned and check!)