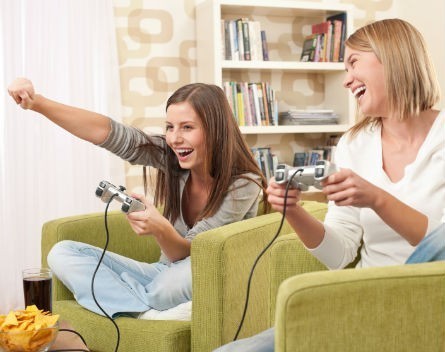 Software engineers and game developers need to do more to stop women being harassed online and portrayed as sex objects, according to videoblogger and media critic Anita Sarkeesian.

Speaking at the Royal Melbourne Institute of Technology on Tuesday night, Sarkeesian said studios should have done more in the wake of the so-called “Gamergate” saga.

“I am extremely disappointed that the games industry has not stepped up,” she says.

“They had the perfect opportunity during Gamergate to say we do not support the harassment of women. It was laid out for them and they didn’t say anything. Only a few game studios said anything – what the fuck?”

However, Sarkeesian also told the crowd that the industry was beginning to transform and recognise they need to take action against sexism and misogyny as well as other types of discrimination.

The main thrust of her argument is “you can love something but be critical of it at the same time”.

“I am regularly invited by game studios to talk about women’s representation,” she says.

“There are some developers who have been sour grapes about it, but for the most part it’s been overwhelmingly positive.”

While half of Australian video gamers are female, 88% of game developers are men. Sarkeesian says it doesn’t make economic sense for studios to potentially turn away such a large market from games due to portrayals of violence against women.

“Why aren’t you actually going and trying to create games and engage with female audiences who want to play?” she asks.

“Gaming isn’t a small niche… everyone is playing on their phones. However, we have to be careful not to create a niche for women in games. Don’t be like Lego. I think we can make games for both genders that are amazing and aren’t, ‘Let’s go shopping’.”

“Threats over the internet should not be treated differently to threats in person or over the phone,” Sarkeesian says.

“Software engineers also need to build systems and processes that actively combat online harassment. The onus is on victims with limited tools, meaning they do not fully participate in those spaces.”