When globalisation meets entrepreneurship it can be a force for good 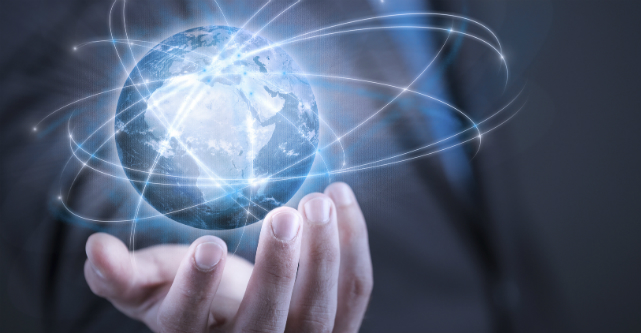 Entrepreneurship, the pursuit of opportunities despite lacking the necessary resources at the outset, is often celebrated as a hero of the global economy.

Globalisation, on the other hand, is often criticised as a villain contributing to rising inequality.

The contrast between the two was highlighted recently in two opposing posts on The Huffington Post. One bears the headline “Entrepreneurs: Engines of our Economic Growth” and the other, “Globalization is Killing the Global: Return to Local Economies”.

Republican presidential nominee Donald Trump arguably appeals to people enamoured by entrepreneurial success and disenchanted by globalisation. But such thinking overlooks what globalisation makes possible – or at least expands the scope for.

First, globalisation facilitates technology entrepreneurship by fostering the rise of innovation ecosystems. This might include engagement between new ventures, and large multinational enterprises.

After a decade of studying partnerships between multinationals and new ventures, one of my most vivid memories is of sitting outside the Staples Center in Los Angeles with a small group of technology entrepreneurs from around the world.

They beamed with pride as their ventures’ logos flashed on a large neon sign, courtesy of Microsoft, whose worldwide partner conference was underway there. These ventures had been handpicked by Microsoft to be showcased at this event through a global partnering initiative for innovative startups.

Nowadays, many multinationals have managers with job titles that include terms like “startup engagement”. They compete to win the hearts, minds and ideas of new ventures – which benefit from globalisation by gaining powerful partners.

Second, globalisation facilitates transnational entrepreneurship. Diaspora networks of émigrés to various countries take what they have learnt in corporations and use it to create their own businesses in the same or similar sectors.

In some cases, such as the Israeli and Indian technologist diasporas, these ethnic communities support technology entrepreneurship. In others transnational ventures are decidedly low-tech. A fascinating example is the large merchant community from the city of Wenzhou in China’s Zhejiang Province.

The people of Wenzhou have a reputation for being among China’s most successful entrepreneurs, particularly in manufacturing. This track record has been continued by the large network of Wenzhou natives who have gone abroad, especially those in continental Europe.

Apparel businesses in Italian cities such as Prato run by entrepreneurs from Wenzhou appropriate the legitimacy of “made in Italy” garments and the cost advantages associated with employing workers from Wenzhou. While local competitors are not always pleased, this can be a useful mode of value creation with benefits for the local economy, as long as local laws are respected.

There are many unique opportunities for shared value creation when both for-profit multinationals and non-profits such as NGOs and the United Nations work with entrepreneurs. To illustrate, the United Nations Children’s Fund (UNICEF) launched a competition in Accra, Ghana seeking to attract ideas for “game-changing” solutions tackling challenges that children face. The eight selected social entrepreneurs, including one who is developing an app to teach children to read, are now working in an incubator managed by a partner-NGO.

Does this mean that globalisation is an unmitigated force for good? No, but it would be foolish to overlook the potential globalisation has for good – via entrepreneurship.

As some Wharton students recently conveyed to Donald Trump in an open letter: “diversity and tolerance have been repeatedly proven to be valuable assets to any organization’s performance”.