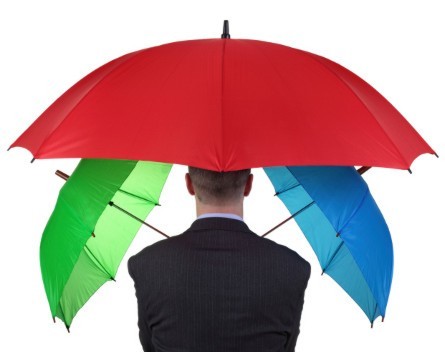 When a home-grown entrepreneur returned from Silicon Valley recently to run a series of events in Brisbane, he was struck by a strong sense that Australia’s fear of failure was holding the community and technology sector back.

Adrian Turner cited the poor returns of the tech venture capital industry so far and the cultural background of the country as contributing factors.

To get to the bottom of the issue, StartupSmart spoke to a range of community leaders across the country.

Aaron Birkby is a serial entrepreneur and a co-founder of Gold Coast start-up incubator Silicon Lakes. He told StartupSmart cultivating a culture that embraced failure should be a priority for the start-up ecosystem.

“I absolutely agree that Australia has fear of failure and that it’s holding us back. It’s causing so many lost opportunities,” Birkby says. “We learn it in school where the focus on grades and scores discourages people from trying new ideas, taking risks and messing up.”

Birkby believes the key to creating a more robust culture is for successful entrepreneurs to share candidly about their failures.

To this end, he seeks out mentors for the incubator who have not only successfully exited start-ups, but also stuffed a few up.

“Mentoring, and entrepreneurship really, isn’t just about the business. It’s all the emotional aspects around it too,” Birkby says.

Beyond sharing the gory details of smashed start-ups, bankruptcies and broken relationships, Birkby says the start-up community embrace the fact failure is best way to learn.

“The time I’ve spent in Silicon Valley, people talk about failures as badges of honour. There are rumours some angel investors won’t even look at your idea if you haven’t failed at something first,” Birkby says.

A survey of over 1000 Australians conducted in 2013 found more were planning to launch their own businesses than ever before. But almost a third said they had a pronounced fear of failure and over a quarter feared giving up the security of full-time work.

Ann Parker is a co-founder of Telstra’s Sydney-based accelerator program Muru-d. She’s run accelerators across the world and says the fear of failure is more pronounced in Australia than the United States and Western Europe.

But she’s positive about Australia’s chances to create a more enabling culture, attributing the heightened concerns about failure as a growing pain of fledgling start-up communities.

“I think the best way to describe this fear of failure is a learning curve that we need to overcome, as we’re taught it from a very young age,” Parker says. “I’m not convinced that Australia is worse than all other countries, it’s just a bit behind on the curve.”

According to Parker, failure for tech companies is getting cheaper and easier to fix so start-ups can fail quickly and relatively painlessly.

“We need to keep celebrating that failure is good. The only thing that’s bad is if you try the same mistakes again,” Parker says. “If we can embrace the culture of fail fast and embrace the lessons learned and if we can get that across more parts of the ecosystem then we’ve done a good job.”

Fear of failure doesn’t exist in isolation. Parker says the best antidote and action start-up communities can take is encouraging an open and collaborative culture.

Businesses fail for a range of reasons. According to a study published in 2013, the most common reasons were management issues.

Originally from Canada, Schiff told StartupSmart both countries, but especially Australia, needed to get comfortable with the arrogance break-out start-ups require.

“I don’t think anywhere, besides Israel so far, has had the balls of the Americans when it comes to totally disregarding what people say. But that arrogance and bravado helps a lot in the fake-it-till-you-make-it tactic that truly innovative start-ups need to be the next huge thing,” he says.

The impact of a chronic fear of failure isn’t just about people not trying their ideas. Schiff says it is also shaping how our entrepreneurs work.

“There is a lot of momentum here to go and work, but people focus on activities rather than on getting stuff done. Because setting a firm goal with a due date makes it far more likely you’ll have to admit, even just to yourself, that you’ve failed.”

He recently ran an event in Adelaide in which start-up community leaders shared their biggest mistakes so far and what they’ve learned.

“This event is not about celebrating failure. It’s about celebrating actually doing things, not just trying. When you do things, when you get out there and try stuff, you’ll fail. It’s just how these things go.”

In the coming months, the event team are launching a website to track the failed product releases of tech powerhouses such as Google, Apple and Microsoft to demonstrate innovation and failure go hand-in-hand, even for the biggest and best companies.

After the failure of Google’s Wave, Australian head of research and development Alan Noble told StartupSmart there while it was a failure, it was worth it.

“Australians can be too quick to judge our failed entrepreneurs. We should be giving them the credit to acknowledge they took a chance and they can try again,” he said.

“By almost any other criteria, there are incredible lessons that we learned from Wave – including technology lessons and execution lessons. The individuals from that project have gone on to do good things… It was a great undertaking for us and something we learnt a lot from.”

Schiff, who studied science in university, adds it takes a long time to normalise and embrace failure, but adds substituting a call to get comfortable with failure for a call to implement a culture of experimentation, may be the key to change.