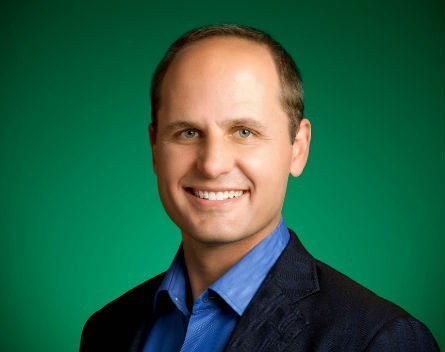 Being grateful to your work colleagues is the “secret weapon” for happiness in the workplace and can help employees shrug off the dissatisfaction associated with a constant routine, according to Google’s HR manager.

In a blog post this week  Laszlo Bock – head of people operations at Google – said new employees at Google (who he calls ‘Nooglers’) often start full-time work with great energy and excitement only for this to reduce over time.

“I often jokingly tell them to brace themselves, because they will never be happier here than on their first day,” he said.

“It’s all downhill from there! You’ve probably felt this in your own jobs: day one is awesome. Day one-thousand-and-one not so much.”

Sustaining an upbeat workplace is not just an issue at Google, with data from Roy Morgan Research indicating job satisfaction in Australia could be better. In 2013, just 32.5% of full-time workers said they were “very satisfied” with their jobs.

According to Bock, taking a short break from the monotony of everyday tasks to “simply be grateful” is the answer to sinking workplace satisfaction levels. This could be as simple as taking two minutes each day to thank a work colleague, or writing down three things you are grateful for.

“Gratitude creates a virtuous cycle: the more you express it, the happier you are,” Bock said.

“We are not stuck as ‘sad people’ or ‘happy people’. We have a choice. Spending two minutes a day being consciously, deliberately, mindfully grateful is perhaps the secret to happiness and a longer life.”

Margaret Harrison, director of Our HR Company, told SmartCompany she loves the idea of work colleagues taking a small amount of time each day to be genuinely thankful to one another.

“It’s just the way to go – one of the greatest things people look for is recognition,” Harrison says.

“That personal recognition, more than money, is far more important to people. There’s not enough of it.”

Harrison says thankfulness should not only be restricted to work colleagues – it should be extended to consultants, customers and anyone you encounter in your daily work routine. She also points out that while Bock wrote about gratitude in the context of Thanksgiving and the lead-up to Christmas, there is no reason to focus on being thankful only at the end of the year.

“You have to do it all the time – I don’t think there’s any premium time to do it,” she says.

“It really needs to be sincere and not fake. There’s a guy I know and he leaves a personalised thank-you note on someone’s desk because he finds it hard to be personable with people. The important thing is to do it your way. Not everyone’s out and introverted.”