Let’s face it, first impressions count online: Are you a “competent-looking” CEO? 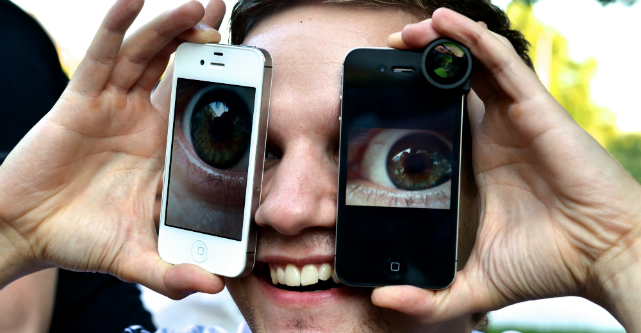 We live in an age where most of us have an online presence. Many of us have numerous accounts on social and professional networking sites such as Facebook and LinkedIn. And singles among us are increasingly turning online to find love.

So how do the images we post of ourselves online influence the first impressions others form of us?

While it’s often said we shouldn’t judge a book by its cover, the reality is that we all do. It takes only the briefest glance of a face, for us to form first impressions on a range of social attributes such as attractiveness, trustworthiness, likeability and competence.

And it isn’t all in the eye of the beholder. There is a high degree of consensus in the first impressions we form of others from their facial appearance. This means many people will often form the same impression of another person based on their appearance.

It goes without saying that the extent to which you’re evaluated as attractive, trustworthy, likeable and competent can influence important personal outcomes, such as your love life and employment prospects.

But perhaps less intuitive is the fact that first impressions formed on the basis of an individual’s facial appearance can have important consequences for societal outcomes.

Given first impressions predict such important personal and societal outcomes, we’d want them to be highly accurate. The problem is, they’re not.

Research has shown that people judge both criminals and non-criminals similarly in terms of their perceived trustworthiness.

Consider the first impressions of facial attractiveness as an example. Stable, biologically based features of a face, namely symmetry, averageness (mathematically average for the population) and sexual dimorphism (masculinity and femininity) are well established markers of facial attractiveness. These are all attributes that remain constant across different images of a person’s face.

Similar findings have also been observed for other first impressions, including trustworthiness and competence.

How is it that different images of the same face can create such different first impressions?

The answer lies in the fact that an important determinant of the first impressions we form from an image of a face, comes from changeable aspects of our facial appearance. That is, variations in our facial expression, facial viewpoint and eye gaze direction.

Facial expressions in particular have a profound influence on our first impressions. Smiling faces are evaluated more positively on a range of social attributes, including approachability, trustworthiness, and attractiveness.

The most negative evaluations are assigned to faces conveying negative emotions, such as anger. Even subtle cues to positive and negative emotion influence first impressions assigned to emotionally neutral faces in a similar manner. It’s an issue that those – including myself – who have been accused of suffering from “resting bitch face”, would be all too aware of.

Facial expressions are important social signals giving information about the internal state and behavioural intentions of others. The ability to accurately infer this information from a momentary glance of a face enables us to regulate our social behaviour appropriately.

This capacity can be important for survival. For instance, the ability to rapidly detect emotions that convey threat, such as anger, can enable you to flee an attacker.

It appears that the extent to which a face is perceived to convey threat, as communicated by one’s facial expression, is directly related to our first impressions. For example, faces that are perceived as more threatening are considered less approachable than faces conveying non-threatening emotions.

From an evolutionary perspective, using this information when forming first impressions is clearly adaptive when we encounter strangers in person. This is particularly the case when it’s the only information we have available to guide our interactions.

But when we are forming first impressions of others from a brief glance of their images online, it clearly has the potential to lead us astray.

So what does this mean for how we should present ourselves online if we want to make a good first impression?

The message is simple. The key to making a good first impression, whether we’re wanting to be perceived as attractive, competent, trustworthy or likeable all rests with a smiling face.

So whether you’re looking for love, or on the look out for a new job, go for the snap of you smiling if you want to put your best face forward.

Megan Willis is a senior lecturer at Australian Catholic University‘s School of Psychology.