Zendesk, Local Agent Finder, Finch? No one is safe: The worst advice I ever received 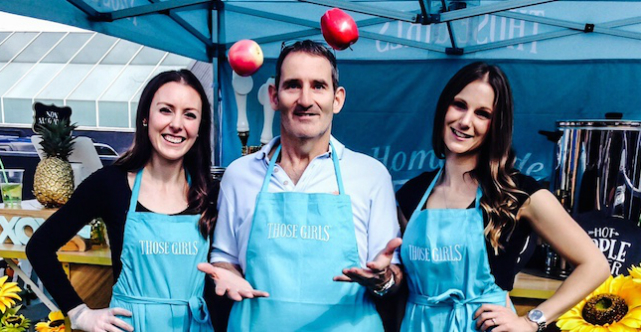 “Startups are a recipe for failure.”

Last week, Vinomofo co-founder Andre Eikmeier told StartupSmart that getting terrible advice has helped the fast-growing business realise how unique it is and that the team should not try to change who they are.

“We’re realising the real culture, and the belief, the real ownership – and that ingrained being a part of this – is more valuable,” he told StartupSmart.

Read more: The worst advice I ever received – Vinomofo’s co-founder and other startup leaders come clean

Here are more gems in the realm of worst advice from fast-rising startups and leaders in the game.

Prioritise business, the culture will come

After spending more than a decade in startups, Shazam founding director and Local Agent Finder chief executive Matt McCann says investing in your team and people leadership should never be comprised when building a startup.

“The big thing is whilst cost management is critical in the early days in a startup, you can cut yourself back to the extent that you take yourself out of the business,” he tells StartupSmart.

“I’ve had several people over time say that culture doesn’t matter, you’ve got to get the business working.

“But really you have to think the other way round, you get the culture working and the business will follow.”

McCann adds new founders should also be wary of the emerging market of “startup experts” and advisors.

“There seems to be an industry of startups telling startups how to be a startup,” he says.

“[Be] very skeptical about that.”

When you step outside the box and dare to do something a little different, you will be met by many naysayers but it’s important to take them with a grain of salt, says Those Girls co-founder Lauren Davie.

Read more: How Those Girls are continuing to grow after Shark Tank with the help of investor Steve Baxter

Often, she says, these people don’t even realise the negative and discouraging tone of comments such as “that’s way too hard” or “you shouldn’t try that”.

“So come in [with] ‘I can do it’,” Davie tells StartupSmart.

“A lot of people are too lazy to do it themselves so you flip it on its head and prove them wrong.”

You need investors to succeed

While investors can be instrumental in the growth of some startups, Adam says it doesn’t mean that’s the only road to success.

Many tech ventures and startups Adam has come across, which are generating revenue off their own back, seem to believe that they need to now take on investment either for connections or just because everyone else is.

“[Some say] of course you need to go get investors,” he says.

“I’m like ‘no you don’t’, [not] if you can bootstrap, if you can figure out a way to generate revenue.”

Adam says more importantly, new startups should really consider having a technical co-founder on the team.

Hear more lessons on startups, growth and failure from Brett Adam and Steve Baxter on The Audacity to Fail podcast

“It you’re at the early stage in particular, there’s this naïve assumption that you don’t need tech,” he says.

“We’re not yet at that point when building an app is a dime a dozen – is easy.

“You don’t want to have somebody on contract doing that.

“I would get a technical co-founder before an investor.”

This piece of advice can be good or bad depending on who’s on the receiving end, but for fintech entrepreneur Shahirah Gardner, she recommends you take this with a grain of salt.

“If your friends, family or partner also happen to be really talented at what they do, then that trust and communication channel you already have can lead to all sorts of advantages,” Gardner, the co-founder of Finch, tells StartupSmart.

“Just ask the Atlassian founders, how long have they known each other?”