This Melbourne PhD archaeologist secured $900,000 for a VR startup while still waiting for their thesis results 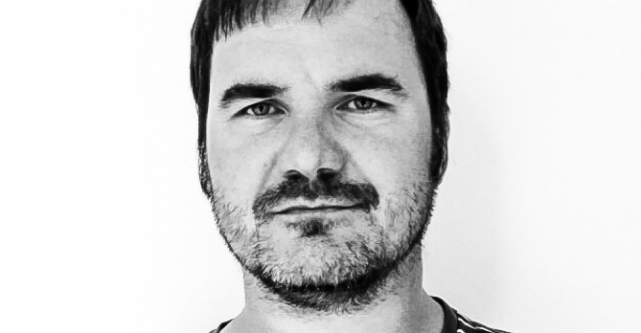 A Melbourne-based PhD archaeologist who is waiting for the results on his thesis has secured $900,000 in seed funding from private investors to build a virtual reality startup that will bring ancient cities back to life.

Simon Young founded Lithodomos VR in 2016 and has already sparked the interest of universities, tour companies, cultural heritage centres and even gaming arcades.

“We are PhD archaeologists who team up with 3D modellers and VR experts to create archeologically accurate reconstructions of the ancient worlds,” Young tells StartupSmart.

“I wanted to get an idea of what ancient cities looked like at ground level for someone that’s standing there.

“When the Oculus rift came out three years ago, I thought what would happen if I took the 3D models I was creating for my PhD and imported it into a game engine and put them into a VR headset.”

After sharing the results with colleagues and friends, excitement began to bubble and Young soon captured the attention of Tony Simmons, the founder and chief executive of startup incubator Mktplace Ventures.

“The hairs on his arm [stood] up and he [had] goose pimples. He saw that this has multiple distribution channel opportunities,” says Young.

Under the mentorship of Simmons and through participation in his incubator, Young started developing a business foundation for his startup.

While the lead up to the first investor meeting was “insane”, Young says the startup was able to secure funding from the initial pitch.

“This is the first meeting we’ve had and it just happened.”

However, Young’s success with investors was backed by an incredible amount of research, analysis and development that stems back to his PhD studies.

By the time his team met with investors, Young had a 100-page business plan backed by financial projections; detailed market research based on interviews with people in their target market such as tourism companies; a real understanding of what these customers want; and a memorandum of understanding for potential investors.

This preparation meant Young was well equipped to address all sorts of questions that ranged from whether people would look silly in VR headsets, to how the business would manage a point of sale system.

Young adds that Simmons’ support was critical in all of this given his experience in founding and publicly listing a company.

“I’m a PhD student, I had not idea about all that stuff,” Young says.

“People didn’t focus on the presentation so much. We spent so many hours on the slides [but the reality is] people just want to talk to you and hear the story from the horse’s mouth.

“Quite often we’d get through one or two slides.”

Lithodomos VR has multiple revenue models, says Young, including subscriptions for universities and educational institutions to access gated content for “kitchen services” and licensing for tour companies to hire out headsets with Lithomodos VR tour guides instead of traditional audio guides.

The startup has just landed a project with the University of Córdoba in the south of Spain and will be developing a 3D reconstruction of ancient Roman cities for museum visitors.

Lithodomos VR is also available as a basic mobile phone app that can be experienced with a Google cardboard VR set.

“That would be the cheapest option,” he says.

“Everyone’s talking about VR but quite often the applications are novelty … this is a real practical application that can take you somewhere you can’t go now, and can help you understand what you’re looking at on an ancient site.”