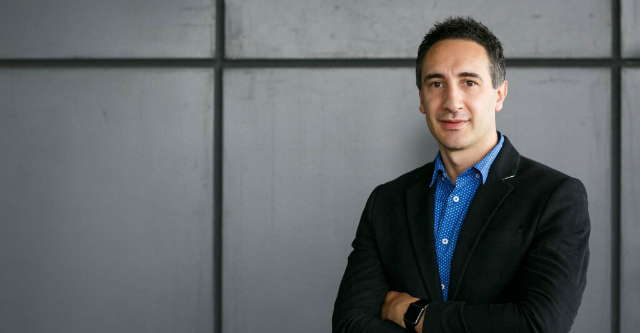 Melbourne startup Locomote has announced a significant global expansion through a partnership with a billion-dollar tech giant.

Locomote has revealed plans to open new offices in the UK and the corporate travel platform will be merging its name with the NYSE-listed Travelport to leverage its internationally recognised brand.

Operating under the Travelport Locomote name, the Aussie startup has also expanded its presence in Melbourne to accommodate for its fast-growing team.

Locomote is a corporate travel platform aiming to simplifying the approval, booking and expenses process for workers and employers when travelling.

“It’s to make sure we’re all working together to solve problems for our customers,” Fastuca tells StartupSmart.

“In terms of our vision nothing really changes, this really just opens people’s eyes to us and opens our reach.”

Fastuca says Locomote has doubled in size over the last year in Australia, and the team will now be working to accelerate this growth across the world.

“We certainly have global ambition,” he says.

And it won’t stop with the UK, with Locomote now setting its sights on the US, he says.

“We’re getting a lot of data and information coming from lead generation and everything we do in our market,” Fastuca says.

“It’s now really about growing our presence in the market, getting our foot in the door and making people aware of what we’re doing.

“We want to dramatically increase our user base and we now have a really good platform and really good partners around the world.”

Having a viable and in-demand product offering is the most crucial thing when a startup is looking to expand globally, Fastuca says.

“The main thing is to make sure you’re building something that is solving real problem and make sure that the user is able to interact and adopt it really quickly,” he says.

And when competing with international players, being different is key.

“We actually don’t want to do the same thing they do, we have to come from a different angle, have a different value proposition,” he says.

“Our whole mindset is around how do we actually do things differently and solve problems for travellers and travel managers.”

In line with this, when entering new markets, he says it’s critical to contextualise the solution by working closely with local early adopters and partners – before going all in.

“They know their countries better than you do,” he says.

“You want to make sure that what you’re doing is just not something you haven’t validated.”