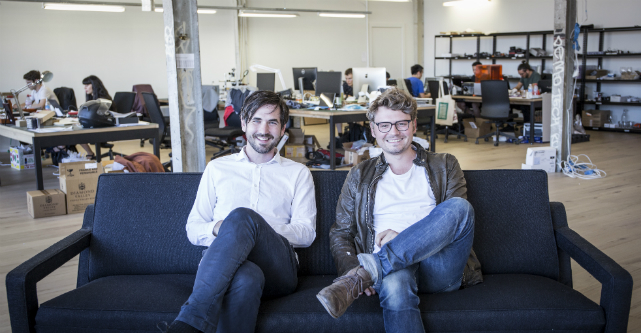 A Melbourne-founded startup that builds headphones that customise sound for each listener has raised $6 million from major investors to bring its product to market.

The raise comes after Nura completed one of the biggest Australian Kickstarter campaigns in 2016, raising $US1.8 million ($2.3 million) from more than 7000 backers around the world.

Nuraphones are billed as a “world-first” innovation that could transform how people listen to music. The product’s inbuilt microphones listen to human ears and automatically adjust sound to suit each user’s hearing.

The $6 million investment will enable the startup to distribute these headphones on-demand around the world in its “post-Kickstarter” phase, Nura co-founder Dragan Petrovic tells StartupSmart from California.

“The additional money is really to help us accelerate our growth, help us get the word out even more and also to ramp up productions,” he says.

“We started global and there’s no going back.”

“They have a long-term vision and a talented team. We love partnering with founders that have that level of drive and ambition.”

Petrovic says one of the toughest questions asked by an investor during the funding round related to Nura’s go-to-market plan.

With Nura being a tiny company competing with much larger players that have big advertising budgets and celebrity endorsements, the startup was asked: “How would you be able to get the word out without such a massive advertising budget?”

“We don’t have pockets like that to be able to play the game that way,” says Petrovic.

“We actually went and showed it to people and talked to them.”

During Nura’s crowdfunding campaign, Petrovic says the team took the nuraphones to music festivals to give music lovers a feel for the product.

They soon found backers were coming from the areas where they had run demos and so Petrovic and his team are confident they’ll be able to drive brand awareness with strategic “word-of-mouth” marketing and a “fostered grassroots effort”.

“The difference with [our] technology and how you can perceive the sound with and without it was so great [that] what we found is word started to spread quickly,” he says.