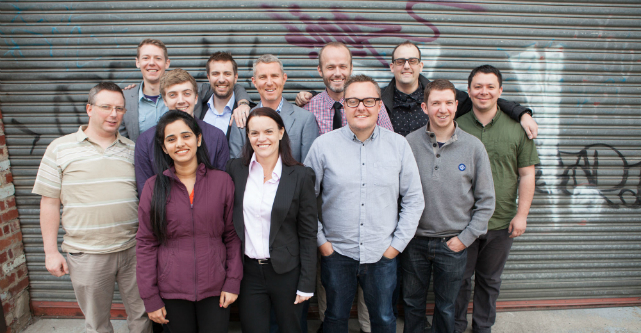 A Melbourne fintech startup that aims to be the “world’s most flexible payments platform” is rebranding itself at the same time as bedding down a major partnership deal with Gumtree.

The startup—which launched in 2014 and boasts a heavyweight board of investors including 99designs co-founder Mark Harbottle—raised $14 million in a Series A round led by Carsales.com just eight months ago, and has even received international recognition in media outlets, including Forbes.

But despite this success, PromisePay made a drastic decision to change its name to Assembly Payments this month.

“We had some less than positive feedback on the old name, plus we felt Assembly better reflects the nature of our platform,” co-founder and chief executive Simon Lee tells StartupSmart.

The feedback was from customers.

“It’s a pretty big decision to change your name, but the team did a great job of ensuring it went smoothly,” Lee says.

Assembly Payments is now powering the new Gumtree service Gumtree Connect, which launched in South Africa this week. Gumtree, which was acquired by eBay in 2005, has 6 million active users worldwide.

“The deal was actually really quite simple and fast. Gumtree and the eBay team were fantastic to deal with.

“In general, when working with large companies it’s important for a startup to understand that it’s rare for a large company to be able to move at startup pace. Find champions within the company who will sponsor the deal through, be respectfully relentless, align values and have contingencies.”

Gumtree head of verticals Andre Hugo said in a statement Assembly Payments was selected because of the startup’s specialisation in areas like fraud, compliance and escrow.

“Assembly Payments was chosen after a lengthy global search for the ideal payment partner,” Hugo said.

Lessons learned in changing a name

With the process of naming and branding a startup can be a daunting process in itself, having to change it after operations commence can be even harder.

But it can also be an opportunity and if managed well, a way to engage with customers and bring stakeholders along with you in a stronger direction.

Read more: Why You Chews being forced to change its name was the “best thing that could have happened”

It is no surprise that Lee’s best advice for startups after going through this experience is: “Start with the right name in the first place”.

But if it’s too late for that and you’re about to rebrand an established startup, he says it’s critical to get three things right.

This means clearly communicating the new brand, name and meaning with every employee so there’s a clear understanding of the startup’s overall vision and messaging.

The next step, he says, is talk to customers.

“For a company like us that manages payments, we are in a real position of trust—what’s more important than handling people’s money? So take care to communicate any change clearly [without] surprises [or] shocks.”

“The company’s name appears in all kinds of places, some obvious and some not so obvious—API documentation, investor websites, email signatures, presentation templates,” he says.

“Understand the scope of the change you’re undertaking.”

Someone forgot to tell Brian Hartzer, CEO Westpac. In his keynote at AWS Summit Sydney he made several mentions of Promise Pay, praising them as an innovation partner of choice for the bank.

Horrible reviews when they called themselves Promise Pay. Shady to change their name. Now the bad reviews continue on Namepros.com message board. Awful customer service and no clear bonding/insurance as an Escrow agent. Big thumbs down. Escrow.com leads the way.