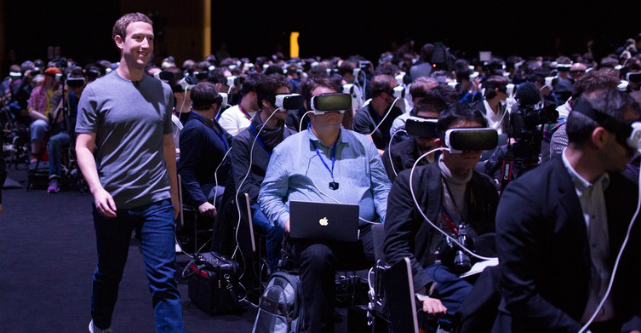 While every industry has its buzzwords and specific, obscure phrases, the startup scene seems to have taken its obscure phrases to another level as it has evolved, leading to numerous terms that when said to non-startup types, might sound like total gobbledygook.

In an epic undertaking, AInsights founder and startup guru Robbie Allen took to his blog in an attempt to unravel some of the confusing terms thrown around as if they were gospel by startup founders, saying what sets the startup scene apart from others is “the breadth of this made-up language and the pure absurdity of its usage”.

“I imagine it can be difficult for Normals (that’s what we call non-startup/techie people) to understand what we are talking about. That’s right, we’ve even come up with a word to describe people that aren’t like us,” Allen writes.

So for any “Normals” out there, or just confused startup founders, here’s seven of Allen’s descriptions for some of the most confusing startup terms.

“Move fast and break things. Unless you are breaking stuff, you are not moving fast enough,” Mark Zuckerberg once famously said.

According to Allen, what Zuck means is “he didn’t want the fear of failure to be something his developers worried about. Failure was ok”.

2. “We’re ramen profitable but are hungry to grow”

A delicious sounding analogy that’s more grim in reality, Allen says this describes a startup that is making just enough money to pay founder’s living expenses, assuming they are consuming nothing but ramen (or two-minute noodles).

“This is generally targeted at younger people that have lower personal burn rates. Hard to be ramen profitable with 4 mouths to feed! That’s a lot of ramen,” he says.

“A unicorn is the word for startups valued at $1 billion or more. Decacorns are startups valued over $10 billion. It’s another totally made-up word so don’t feel bad if you’ve never heard of it,” Allen says.

4. “After bootstrapping for a year, I’m thinking of doing a round with friends and family”

“Bootstrapping means the founder(s) have been paying all the expenses out-of-pocket or from the company’s income,” Allen says.

As for the “round with friends and family” part, Allen claims this means the startup founder is broke and is seeking investment from people closer to them, rather than typical investors.

5. “We are using our first undesirable term-sheet as a stalking horse to get more movement”

“A stalking horse is used to motivate others into action. One of an entrepreneur’s greatest weapons during fundraising is competition among investors,” Allen says.

“If you can credibly claim to have a term-sheet from an investor (no matter how horrible the terms), the fear of missing out effect may cause other investors to submit competing term-sheets.”

6. “We’ve had a lot of traction and expect hockey stick growth”

At this point, the lingo starts to get a bit ridiculous, as inexplicably sports references are drawn into the mix. As Allen points out, when some people look at a hockey stick, they may think it actually slopes downwards — but not in the world of startups.

“If you pretend like you’re holding a hockey stick from the bottom, it slopes up sharply. Everyone would like to see this kind of growth rate because it means the business is doing really well,” he says.

7. “We decided to go Agile so we hired a scrum master”

“Ok, that wasn’t helpful at all. Scrum is an Agile framework for development and a scrum master is a term for the team leader.”

Click here to read Allen’s explanation for 40 other startup one-liners.