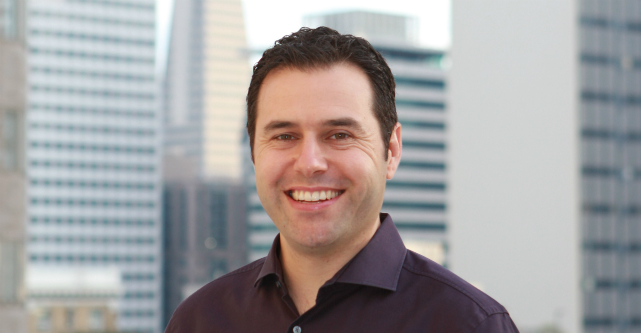 After humble beginnings on a farm in regional Australia, Sand went on to build an augmented reality headset startup in Silicon Valley, which is now valued at $300 million.

His journey from an “awful” house in Chippendale to making it big in the Valley serves as an important lesson for emerging entrepreneurs across Australia, he says.

With muru-D applications for its Sydney accelerator opening this week, Sand is on the lookout for founders with great ambition.

Taking over from Mick Liubinskas as muru-D’s entrepreneur-in-residence, Sand says he’ll be paying particular attention to startups working for more than financial profit.

“You need to have a strong sense of purpose about what you’re doing,” Sand tells StartupSmart.

“What are you going to do make the world a better place?”

He says companies like Planet Labs, which uses geospatial imaging to prevent illegal logging of rainforests, are setting a new benchmark for tech developers and entrepreneurs.

“That technology could have just as easily been used into monitoring military troop movements,” he says.

Computer vision is another emerging trend Sand is excited about because of its potential to transform everything from medical diagnoses to virtual reality experiences.

“It’s a really important technology and it’s fundamental to everything that’s happening into the future,” he says.

“It’s something that Australians are extremely good at.”

Sand believes local entrepreneurs can leverage this talent pool and help Australia become a leader in this space.

“A person with computer vision expertise applied to self-driving cars is worth $10 million to a company,” he says.

“Australia is really good at training these people and developing them [but] a lot of them are heading overseas because opportunities are so lucrative there.”

Sand hopes that by working with emerging entrepreneurs, muru-D will be able to create more opportunities for such talent.

“I want to see world number ones consistently coming out of Australia and I want the companies applying to muru-D to have that kind of ambition at their hearts,” he says.

As he resettles into Australia, Sand says there’s little difference in potential and talent between the startup sector here and in San Francisco.

“People just don’t believe they’re capable of achieving at these levels,” he says.

Helping more local founders realise they can build high-impact ventures from Down Under will be a matter of eliminating self-doubt, he says.

“Silicon Valley is fantastic but it’s no longer a life or death scenario for those big visions,” he says.