Do Australians suck at networking? Startup heavyweights on the politics of connecting 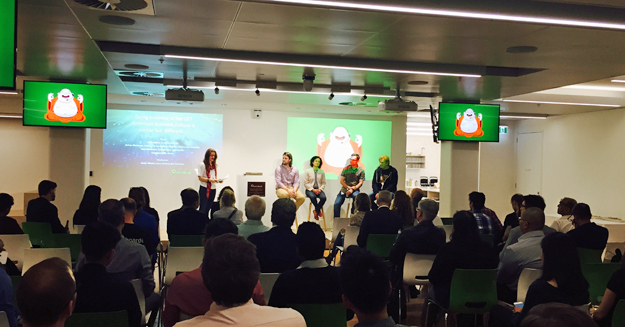 Australian startup founders are far from excelling at one of the most critical skills in the business world, according to Zendesk managing director Brett Adam.

At a panel discussion hosted by Zendesk and the Victorian government in Melbourne last week, the room full of local entrepreneurs were told they need to lift their game in networking.

“Australians by and large suck at networking,” Adam said.

He said he first noticed this in early 90s Silicon Valley, when the extent of Australians networking was meeting at a San Francisco pub once a year to watch the AFL Grand Final on TV.

He said other national groups like Americans bring a much more “aggressive” and confident approach in marketing their businesses.

“They really get together, they talk to each other, they actually invest in each other’s businesses,” Adam said.

But Josephmark CEO Ben Johnston, who is based in the US, says being “subtle” isn’t necessarily a bad thing.

“If it’s an initial meeting and face-to-face, we’re not going to be as loud or talk ourselves up as much because it’s just not in our nature,” Johnston tells StartupSmart.

“But the Australian is probably going to come through on their word.”

Johnston believes Australians have developed a good reputation in the US because they deliver on their promises – something which seems to surprise a lot of people in Silicon Valley.

Sidekicker CEO Thomas Amos, who was at the Zendesk-Victoria Government event and celebrated the opening of his Melbourne headquarters with minister Philip Dalidakis earlier that day, disagrees, saying the Australian approach to networking is excellent.

But because of Australia’s “self-deprecating nature”, he says Aussies tend to not realise how talented they are.

“Far too often, we look to America to lead us when in fact we are doing great things,” he says.

One of the points raised during the panel discussion was how to build strong businesses here in Australia by making use of local investors and resources before reaching out too far too early.

Envato general counsel Chaman Sidhu said they were able to completely bootstrap their international brand and have only just opened up a US branch nearly a decade since opening.

Envato is the only Australian company on the world’s top 100 websites.

“That’s because of the business model, how it took off and the way it was done,” Sidhu said.

Sidhu encouraged startups to really consider their business model and how they structure it.

“Can you do what you need to from here for as long as possible and have you explored all your funding options here?” she said.

“Can you reach into US and other markets at scale from Australia?”

To build a foundation for this, Boulder startup icon Neil Robertson, who lives between Melbourne and Colarado, said in the discussion that we need to create more entrepreneurial density and interconnectivity so founders are always one or two degrees away from people who can help.

He hopes to help bring Melbourne to a stage where nearly everyone has at least one friend that’s a millionaire.

“I saw this happen over 15 years in Boulder, I believe it can happen over five years here because Melbourne has so much scale and a lot more growth for it,” he said.

And it isn’t about money, he said.

“It’s the familiarity with someone doing your role and going through the process to be successful, which can’t be underscored in the confidence it gives people to try things,” Robertson said.