“Never stop fundraising”: How this recruitment startup raised $4.5 million without ever talking to a VC fund 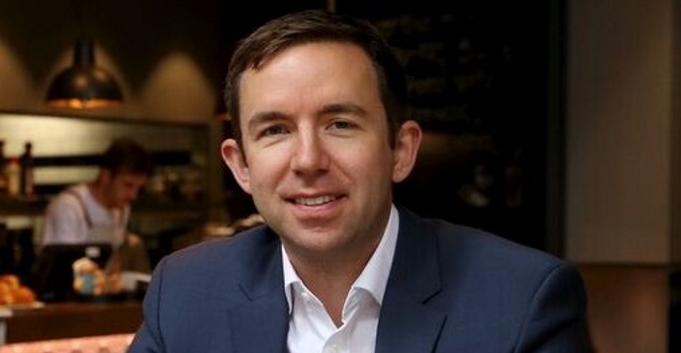 As a founder embarks on a new startup idea, soon after the who, what, when, where, and why are ironed out, the next question to follow is how to make the startup succeed. And for many founders, the answer to that question is “get funding”.

Some will bootstrap, some will apply for loans or max out 10 credit cards, and some will ask their friends and families. Others will strike out into the world of venture capital, having the famed ‘100 coffees’ in search of the fund or investor that will back their idea.

But for Andrew Joyce, founder of mobile recruitment platform startup Found, the world of VC was never a consideration. The entrepreneur was struck with a desire to maintain as much control of his business as possible, and a disdain for the unfavourable term sheets often passed out to young startup founders.

Joyce’s background is in management consulting and private equity, having previously worked with one of Australia’s larger firms that looked at investments in $200-500 million businesses.

He tells StartupSmart his dive into the world of startups was “somewhat by accident”. His current co-founder Peter Marchiori had a small side business that did iPhone repairs, and through some luck and fortuitous connections, Marchiori and Joyce turned that business into Rifurb, which sold refurbished iPhones to Uber’s entire Asia Pacific operations.

The two worked happily on that business for a few years, turning a profit all the while, before shuttering it in 2015. Joyce says he and Marchiori knew it wasn’t a long-term venture, so they set out together again to try and solve one of the biggest problems they encountered while running it: hiring.

“It’s a problem every business faces, but yet we’re still all sitting here reading PDF resumes and wading through 100 applications per role. We realised recruitment processes hadn’t changed since the advent of the typewriter,” Joyce says.

So the two founders launched Found, a mobile platform for companies and job seekers that allows hopeful employees to apply directly through their mobiles. Bootstrapping the business off Rifurb’s profits, they established some early traction with a few companies around Sydney.

Then they realised they needed money.

“It was very important to us that because we started this business, we wanted to maintain control of it. We wanted to be the majority equity holders, and we still are to this day,” Joyce says.

“To me, it doesn’t make sense to hand control of it over to someone else. We want to set the strategy ourselves, control when and how we raise capital, control our staff, and also not have anyone in the business who could turn around and hurt us.”

VC firms want all those things, says Joyce, along with “nasty” financial terms. He believes founders who go with VC funding at the wrong time end up as “pseudo-employees” — almost a management team, not business owners.

“You can’t get a good term sheet from VCs unless you have really good traction or great revenue growth. I’ve heard of startups doing $250,000 seed rounds at million-dollar valuations or less, and they’re pre-launch. That’s 25% of the company gone already,” he says..

“Then they do three more rounds and dilute themselves 30% a round, and before they know it, they’re at 10% equity. So if they do exit, it’s not going to be a lifechanging event.”

So instead, Joyce and Marchiori sent the word out to their networks, and began gathering a mailing list of potential external investors. In total over three years, the company has raised $4.5 million from 23 different investors, and Joyce couldn’t be happier.

How to do it

Joyce says he began to talk to people in his networks, but never immediately floated the idea of investment with them. Instead, he just discussed the business and what he was hoping to build, and then mentioned the idea at the end of the conversation.

“I found friends, family, former colleagues and bosses, and we’d just talk about it socially, and I’d just ask if they’d be interested if we do raise down the line. It’s a very casual meeting,” he says.

“Then we’d have another meeting to sit down and go through the deck, and I’d add them to the mailing list for when we did raise.”

This method is key to Joyce’s overall advice for founders looking to raise like this: never stop fundraising and treat raising funds as a “continuum”. He believes startups should always be talking about fundraising with potential investors “socially”.

“Investors will never back something that’s a secret,” he says.

Found is now operating at a cash flow break-even point and is on the way to profitability. While Joyce says the startup wouldn’t rule out raising capital again, he doesn’t feel it’s necessary. But if he did, he wouldn’t rule out a VC fund.

NOW READ: Four tips for bootstrapping from Workfast, a startup that hit $1 million in revenue within two months of launching