Not everyone wins from “mum and dad” investors 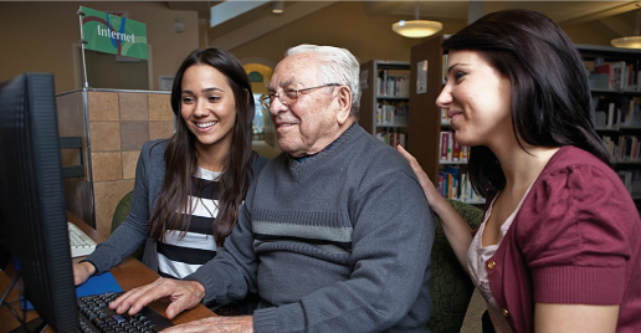 The “bank of mum and dad” is helping young Australians with more than just their housing aspirations.

New analysis of data on children receiving an inheritance or cash payment from their parents has found they are more likely to be involved in business startups, financial risk-taking and entrepreneurial ventures, and receive other benefits to those without wealthy parents.

The bank of mum and dad is an expression coined to describe parents generously helping their children to get onto the home ownership ladder.

We already know that parental transfers are helping Gen X and Gen Y children break into home ownership, in a market considered unaffordable by international standards.

While some are angered by the growing intergenerational wealth divide between the millennials and their baby boomer parents, estimates from the Household, Income and Labour Dynamics in Australia (HILDA) survey show many young people are benefiting from the wealth of their parents.

Between 2002 and 2012, 1.8 million Australians received an inheritance on one or more occasions. There was an average transfer of A$95,000 per beneficiary over the period.

An even higher number (5.8 million) received cash transfers from surviving parents. These gifts averaged $9000 per recipient.

Housing assets remain the most important component of households’ wealth portfolios. The majority of households will therefore directly or indirectly draw down on housing wealth to finance monetary gifts to others while they are still alive. The family home is also typically the largest asset bequeathed when parents pass on.

Moreover, booming real house prices have boosted inheritances. At the same time, flexible mortgages have enabled parents to dip into their housing wealth to finance cash gifts to their children.

More than a leg up the housing ladder

The study matches every person benefiting from an inheritance or parental cash transfer to a “control” person who is not a beneficiary, but has otherwise similar personal characteristics.

We found that the bank of mum and dad is helping young Australians with more than just their housing.

Intergenerational transfer beneficiaries are more likely to hold a bachelor’s degree than non-beneficiaries.

Among those who receive cash payments from their parents, 29% hold a bachelor’s degree compared to 21% of the control group who do not receive such transfers.

Bequest recipients have double the average bank deposit account balance of the matched controls. These larger financial holdings can be used to buffer income shocks, and as collateral to relax borrowing constraints.

Beneficiaries might therefore be willing to take more risks. They are also better positioned to borrow and finance business startups that might not otherwise get off the ground. These ideas are supported by the data.

A higher percentage of those enjoying access to the bank of mum and dad have set up their own business. 22% of heirs to a bequest are self-employed.

The findings suggest that the bank of mum and dad could play a role in lifting economic growth through multiple channels. These include business startups, financial risk-taking and entrepreneurial ventures.

It seems the bank of mum and dad is recycling large amounts of housing wealth to the next generation through intergenerational transfers; and it is an increasingly important pillar supporting educational, housing and business opportunities.

However, this is a “leg up” that only benefits those fortunate enough to have parents that are able and willing to transfer wealth.

The business opportunities, educational gains and home ownership status that these transfers promote will create a growing divide among younger Australians.

Those whose parents own a home are able to take advantage of a wider set of opportunities than others. As the home ownership dream fades for growing numbers of Australians, this divide will become more conspicuous.

Lifetime renting is a prospect that many Gen X and Gen Y parents are having to contemplate.

Unless Australian governments reverse the decline in home ownership, their children will in turn be bypassed by the intergenerational circulation of housing wealth.

If our governments fail in this regard we could very well witness further entrenchment of inequality in decades to come.