Western Australian wearables company raises more than $600,000: What the founders learnt about crowdfunding 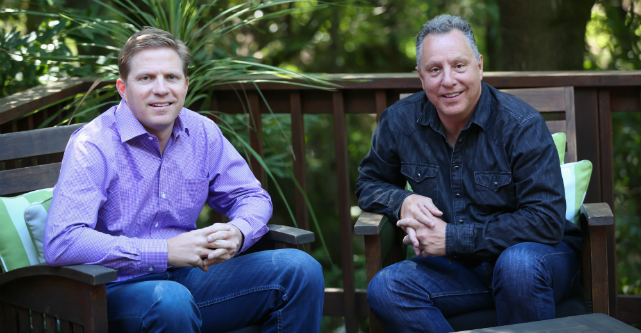 Shortly after listing on the ASX, wearables company Nuheara launched a crowdfunding campaign to help fund the roll out of its intelligent wireless ear buds.

In just over an hour Nuheara, a startup co-located in Perth and San Francisco, reached its initial goal of $US50,000.

Nuheara co-founder David Cannington says you can never be sure how a campaign will go.

“Its always nerve-wrecking when you push the button at the beginning of a crowdfunding campaign because you just don’t know what’s going to happen,” Cannington tells StartupSmart.

“The phone just started blinging non-stop, as soon as that started to happen we knew that something was going right.”

The hearable tech product combines Bluetooth, noise cancelling and assisted listening so users can select what they hear.

The Nuheara team decided to launch a crowdfunding campaign not just to raise money but also to build a community and brand awareness around the product.

After months of building up a database, advertising on Facebook and creating a community for Nuheara, the team launched the crowdfunding campaign.

“Once the campaign gets out of the gate like that it just takes on its own momentum,” Cannington says.

Before this, however, they spent several months testing and retesting through Facebook and email marketing to build up a database they felt confident would back their campaign.

“One of the secrets to executing a successful crowdfunding campaing is the work you put into beforehand,” he says.

And the first 24 to 72 hours after going live are critical.

“If you don’t get those first three days right, you’re screwed,” he says.

To reduce the chances of this, Cannington shared a few steps his team took in building their crowdfunding campaign.

When it came time to push the button on Indiegogo, Cannington knew they had an engaged community.

Cannington did this with an effective and targeted Facebook strategy that his team developed over months of testing and retesting.

Nuheara approached Facebook with the intention of building a community and to get them engaged, they shared content consistently on a daily basis, and ensured the messaging was always clear and well-designed.

“We shared articles, our own blogs and updates on the product,” Cannington says.

But Cannington says one of his most successful moves was taking their product prototype out to the public and filming candid videos of people reacting to the product in their ears.

“[The videos] are very compelling, they’re real, they’re not staged,” he says.

“These videos were really effective for us,” Cannington says.

Ultimately, the community was able to become their advocates and product ambassadors.

“The most powerful marketing tool is word of mouth,” he says.

Before launching, Cannington and his team also tested pricing to see how willing their potential customers would be to pay for the product.

They tested price-points by sending out a couple of emails inviting recipients to “click here” for early bird special pricing.

They didn’t take any credit card details or payments.

“But we were certainly getting a good sense of their intention to do that,” he says.

During this email testing to gauge market interest and willingness to pay, Cannington says they had an 11% response rate.

Much higher than the 1 to 3% Indiegogo says campaigners should be looking for, he says.

“So before we launched the campaign we had a pretty good level of confidence that our database was engaged and passionate about what we’re doing,” Cannington says.