“Organisational changes and restructuring can often lead to bullying”: Is your startup bully-proof? 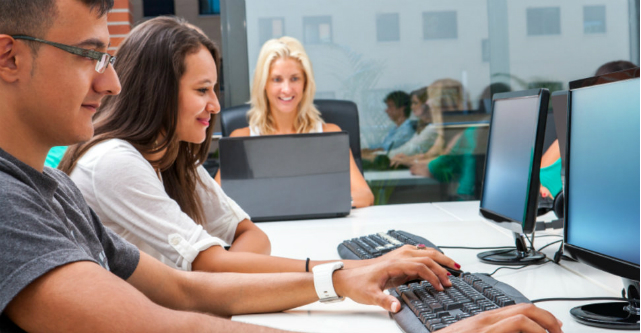 Whether it happens in the playground or in the workplace, bullying can be enormously distressing and disturbing for anyone on the receiving end.

Stories crop up in many places including allegations made during employment tribunals, political parties of all sizes and by company whistleblowers.

Workplace bullying occurs when a worker is subject to mistreatment by another worker that is persistent, regular and causes harm – and it can take many forms.

And through my research on the subject I have discovered there are generally five different types.

These can include “overt acts” – such as threats or actual violence, demands for resignation, verbal assault or “subtle acts” like teasing, gossip or banter.

Then there are “work related acts” such as micro managing, limiting options for annual leave, giving too much or too little work, and “person related acts”, which include insults or jokes of a personal nature or withholding information needed to do your job.

Then there are also “organisational factors” which can include cultures that are extremely competitive, target driven or chauvinistic – where there are often no clear policies, codes of conduct or grievance resolution procedures.

But one of the problems with bullying is that while “overt acts” – particularly where aggression is a feature – can be clearly identified and investigated, bullying behaviours of a more subtle nature are harder to prove.

And these subtle acts of bullying can be just as distressing for a worker to experience.

They can include being “sent to Coventry” – or frozen out by coworkers – along with teasing and so-called “banter”.

It stands to reason then that when it comes to workplace bullying, the type of organisation a person works in can play a large part in whether bullying is accepted or frowned upon.

Research shows that bullying is often seen in a workplace where the culture allows or encourages “positional game playing”.

Or in an organisation where there is a real or perceived lack of fairness and conflict within teams, along with competitive environments where workloads are continually high and unevenly spread.

And it is these workplace cultures that can foster an environment where bullying is allowed to happen – and a lack of awareness, acknowledgement and involvement by senior managers can be a big part of the problem.

My research also shows that organisational changes and restructuring can often lead to bullying.

Here it seems the uncertainty around job security, hours, status, pay, position and work overload can often lead to workers lashing out at each other and a rise in bullying incidents can occur.

Targets of workplace bullying were traditionally thought to be introverts – submissive, shy, and quite reserved.

The type of person you might describe as “delicate” and who would find stressful situations difficult to cope with.

But more recent research has shown that targets are often not shy, sensitive or silent.

Rather, they are often someone who is outgoing, popular, successful and a high achiever, which can then cause envy among colleagues and makes them a target.

Research also shows that workplace bullies are more likely to be men.

Although that said, the behaviours of women can often play out more subtly.

So while men might shout and criticise in public, women are more likely to withhold information needed to successfully complete work tasks or spread rumours – which can make identification and investigation of an incident more difficult.

Bullies also often hold posts where there is an element of formal power which comes from their managerial or supervisory post.

But managers themselves are not immune to being bullied either.

And there is an increase in research showing that bullying can happen to managers when they are simply carrying out the will of the company.

A recent paper on the topic even suggested that legitimate actions undertaken by managers act as “fertile ground for false claims of bullying”.

That said, care does need to be taken in applying labels to the type of person a “victim” or a “bully” is. And in my experience both parties may well have engaged in negative acts towards each other.

When it comes to dealing with bullies in workplaces, it seems there is still quite some way to go – given that a recent survey of 1500 UK workers showed that 91% of respondents did not believe their organisations dealt well with bullying at work.

These figures are concerning, as workplace bullying affects everyone involved.

From the targets to the perpetrators, the bystanders, and the witnesses. Even clients, customers and the organisation itself are adversely affected.

This is because motivation of workers begins to drop and loyalty is lost.

Care over the end product or work can also decline because essentially workers do not want to be at work and remove themselves either mentally or physically.

Given this, it is important that we take the opportunity to have conversations on this topic at every level in our organisations.

Time to dust down and review HR policies, time to consider the culture, structure and anti-bullying strategies. These are essential in developing workplaces that offer better work and working lives.