Rejecting an accent, rejects a person: Why entrepreneurs must embrace their differences 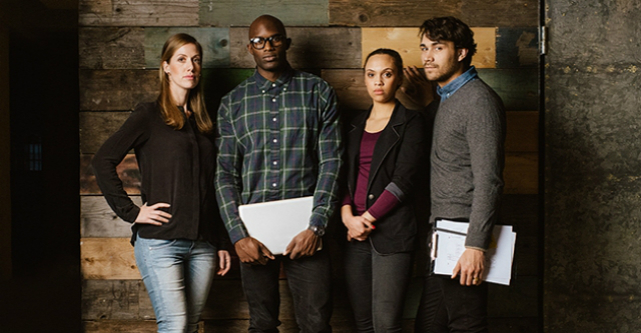 While driving to work one day with a colleague, who is an expert on communications, we got to talking about how difficult it was for me to find new clients in my business.

He asked me what I thought the problem was, and I told him there were many factors.

Meeting needs at the right time, having a small network, building a reputation from zero (and by that I meant the zero of a migrant like me, whose new life started seven years ago when I arrived in Australia).

His answer left me perplexed: “Don’t you think that your accent is the problem?”

A stunned silence filled the air.

“Well, maybe you are right,” I answered.

“But why would I choose to work with a client who considers having an accent an issue?”

We moved on, but the comment stayed with me, burning me from inside. I brought it up again a little later.

The problem with an accent, he said, was that the listeners don’t understand everything that the interlocutor says and they lose concentration.

Front his point of view, people have to change their accent and learn a polished way of communicating.

Does that mean the only people in a position to excel when it comes to communication are those whose first language is English?

Trying to contain my anger, I told him that I found it interesting how people say that they embrace multiculturalism, but as soon as they have to face the realities of multicultural societies—like getting used to different accents or dealing with different leadership approaches—the affection for multiculturalism disappears.

I told him how I had resigned myself to tripling my effort in order to achieve anything in Australia because of my background, and that when I work with young people from refugee backgrounds, my advice to them is not to hate those who discriminate against us, but rather to accept that it will be a difficult pathway and that’s just the way it is.

What I didn’t mention was that the first time I went to teach at the university I was so concerned about my accent that I paid a speech pathologist $150 an hour to teach me how to pronounce my words with an Australian accent.

At the end of the session, I felt that my English was rubbish and that I was forcing myself to erase the traces of my personal history in order to fit into the Australian job market.

I wasn’t going to strip away that part of me. I couldn’t forget where I came from and the reason why I came to Australia.

I couldn’t diminish all my refugee baggage.

The solution was to never go back to this expensive therapist but rather to acknowledge that I had to deal with the “accent issue” all my life.

I also didn’t mention how difficult it was that I had to think so much before I spoke every time and the pain of not sounding anything like me, sounding instead like a man who was neither spontaneous nor natural.

I did some research and found that this whole experience wasn’t unique to me.

In 2003, linguists Jean-Marc Dewaele and Aneta Pavlenko asked over a thousand bilinguals whether they “feel like a different person” when they speak different languages and nearly two-thirds said they did.

Finally, what I definitely didn’t say in our conversation was the stress that having a thick accent had generated in me.

Not to mention the difficulties involved in trying to change it or make it sound slighter.

There were moments that I became so self-conscious of talking to others that my self-esteem almost hit the floor, making me doubt my own intelligence and my intellectual capabilities.

This is quite normal; in fact people who work and live in a second language often suffer this stress and it may cause identity crises, simply because an accent is a ‘variation in language to construct ourselves as social beings, to signal who we are, and who we are not and cannot be’.

Therefore, feeling that your accent is a problem diminishes your own social identity.

In my case, it made me feel guilty for not being an English native speaker.

“Some say that an accent is the elephant in the room which secretly decides who gets to ascend the corporate ladder or who gets more clients.

Sydney speech pathologist Esther Bruhl with more than 35 years’ experience, including running adult accent reduction training confirms that a large percentage of her clients are motivated to undergo training because their accent is getting in the way of them acquiring a job, or is affecting their ability to blend in at work or progress in their job”.

A study from the University of North Texas in 2000 showed that there is a strong correlation between a thick accent and that person being judged as less cultured, intelligent and competent.

Those who don’t speak flawless English face a Shakespearean dilemma: to change or not to change their accent.

If the person decides to persevere down the rough road of changing their accent, she or he has to consider significant stress and anxiety it could generate.

There is also a big chance that the results won’t be what they expect because it will depend largely on the age at which they began learning English.

In fact, Dianne Markley, a professor at the University of North Texas whose research focuses on how accents affect the hiring process, says it is “almost impossible to speak any language acquired later in life without an accent”.

It’s not just migrants who are forced to change their accent.

Celebrities and politicians have faced the dilemma of changing their accent to suit a job or a position: David and Victoria Beckham, Margaret Thatcher, Tony Blair, Kylie Minogue and Bill Shorten all did it in order to reshape their public image and improve how seriously others took them.

Could anyone imagine that this is the only way to succeed?

What kind of society are we if we encourage people to always change their accent in order to sound smarter or to better suit a job?

Where does this change end and what happens with those who struggle to change their accent? Perhaps it is healthier to tune our ears to different accents?

We need to start thinking of accents in a cognitive inclusive way and consider them as part of our daily routine on the basis that they are a wonderfully inevitable, even musical nuance of a global society that has exponentially increased migration mobility since the global financial crisis of 2007 and the war crises in Africa and the Middle East in 2011.

Imagine all the great opportunities we are missing when we encourage people to lose their cultural identity to fit an Anglo identity or any other.

It is time to see accents as a vortex of opportunities rather than an intellectual societal flaw.

In fact, embracing the multiplicity of accents “ensures innovation”, since there are ways in which non-English speaking people construct phrases in their second languages that ignite innovative thinking.

This opens our minds and brings new possibilities to perceive the same point from a different perspective.

A 2015 study from the Georgetown University Medical Centre in Washington DC generated MRI data analyses from 45 healthy young adults who had completed at least one year of university.

The group consisted of bilingual and monolingual students.

As a consequence, bilingual students had better executive control, that is, better cognitive processes including attention and inhibitory control, memory and cognitive flexibility.

The reason for this phenomenon is that bilinguals have to control the selection of one language and inhibition or suppression of the other leading to an advantage in their executive control allowing the researchers to test it.

This study provides scientific proof of the benefit of speaking another language.

For those who have an accent, speak slowly even if you are nervous.

When we reduce the speed we are able to pronounce words more accurately, be more precise in grammar and focus more fully on the end of every word.

If you are going to read, practice first because reading requires a different level of attention from those who are listening to us.

If you have to make an important phone call or have a presentation, first write down what you are going to say, so your ideas are clearer and you avoid getting nervous.

However, the best advice I can give you is to enjoy your accent and not take it too seriously.

Make jokes about it and be open with it.

I often tell people on the phone, in person or before facilitating a workshop, that I have a sexy Latin accent.

Immediately after this comment people laugh about it and feel more comfortable because they don’t have to pretend that they don’t care that I have an accent.

But this also helps people who have ‘high uncertainty avoidance’ to be prepared for the interaction with you.

Your accent is you; it is your social being and it is your personal history so please make the most of that.

On the flip side, for those who are exposed to accents, I recommend you endeavour to learn another language and expose yourself to the weird sounds you will inevitably make in the process.

This is the best way to develop empathy because you will be putting yourself in the other person’s shoes.

However, the simplest things you can do is read the news and see how the whole world is freaking out about migration.

Read about Brexit, about Donald Trump and Pauline Hanson, and ask yourself if you want to live in a world that opens the doors to those who are different or if you want to go back to the Europe of World War II where having an accent and being from a certain race was the worst flaw one could have.

Language in Society states: “Accents are important messengers of who we are, so rejection of a person’s accent has the effect of rejection of the whole person”.

24.6% of Australia’s population was born overseas and 43.1% of people have at least one overseas-born parent.

Are you going to limit your workforce just to those who speak without a foreign accent?

You don’t know how much benefit or greatness that accent might bring to your organisation.

Are you ready to have Albert Einstein and Marie Curie working in your company or are you going to deny them the opportunity because of their accent?

This article was originally published on LinkedIn.