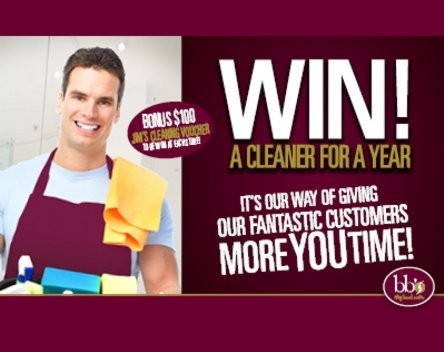 Franchises looking to co-brand must ensure there is an obvious link between the two brands, says an industry expert, after bb’s café formed an unlikely partnership with Jim’s Cleaning Group.

Jason Gehrke, director of the Franchise Advisory Centre, told StartupSmart co-branding has existed in franchising for many years.

“Even if you think about things as simple as sponsorships where a franchise network will have a fundraising day for some worthwhile community cause… You’re trying to use the attributes of one brand to help develop relationships for another,” Gehrke says.

“I think co-branding is something that will continue to grow in franchising as franchise brands seek ways to achieve better cut-through in the minds of their current and potential consumers.

“A number of franchise brands are growing, so it’s inevitable there will more opportunities for these brands to rub each other’s backs.”

The two brands have launched a nationwide competition that will see one winner receive fortnightly visits from a cleaner for a year.

There will also be a $100 cleaning voucher up for grabs at each of the 30 participating cafés. The competition kicked off on Monday and will run until June 30, with winners announced in July.

Full competition details and entry forms are available in store.

“As a major cleaning company, they were willing to organise everything with their franchisees on a national level and could service the majority of our regional areas,” Broad says.

“The brand is always looking for inventive ways to reward customers.”

According to bb’s café chief franchise systems officer Denis Roche, the “amazing” prize on offer is something anyone would be “ecstatic” to win.

“We are really excited to see how customers will react to this prize being on offer; it’s the perfect prize for anyone to win,” Roche said in a statement.

“Customers often come to us to take a break out of their busy schedules to relax and catch up with family and friends, and cleaning is one of the things that eats into everyone’s free time.”

Gehrke, meanwhile, says when it comes to co-branding, it’s important to consider the relationship that exists between the brands.

“You want brands that have shared attributes and which may overlap… but which don’t fully overlap because you run the risk of competition,” he says.

“You’ll never see bb’s café doing a joint promotion with The Coffee Club. You will never see that even though their brands would have similar attributes.”

For franchises or other businesses that are new to co-branding, Gehrke says it is “absolutely” advisable to enter into a temporary agreement before committing to something long-term.

“If you think about fast food brands, they’re constantly doing co-branding activities with movies that come out. When you do a co-branding activity with a movie, you have to do it on a movie by movie basis [as opposed to an ongoing basis],” Gehrke says.

Gehrke also warns there can be downsides to co-branding, particularly if a brand associates itself with a high-profile person rather than another brand.

“If your co-branding partner lets you down or fails to perform or fails to maintain their reputation, [that can hurt your brand]… Humans are humans after all,” he says.