The billboards are watching you: Next generation advertising ready to launch in Australia and Asia 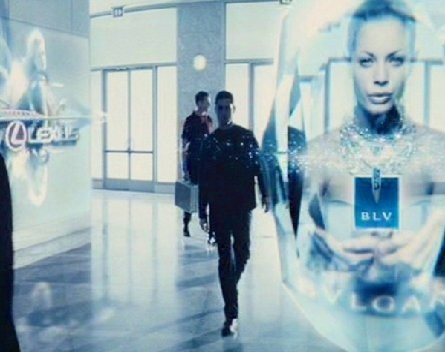 AdBidx, a digital billboard advertising start-up that can profile the ages and gender of its viewers, is in the final stages of an advanced beta test and ready to launch in Australia and Asia this year.

Just a year old, the smart billboards are in one of Australia’s top 10 shopping centres in Melbourne, although founder Chris Muir wasn’t able to reveal exactly where.

Digital billboards are increasingly popular, and the AdBidx business allows advertisers to serve targeted advertising and see a retrospective summary of which demographics witnessed their ads.

While the billboards do glean age and gender from passers-by, there are no privacy issues as all data is completely anonymised.

Muir developed the idea after realising online advertising’s capacity for targeting was opening up an expectation among ad buyers for better targeting.

“My background is in the media industry and advertising, so I understood the popularity of digital advertising and saw the trend towards targeted thanks to online advertising. I was across a lot of emerging tech so realised I could meet that emerging demand,” he says.

Muir, who is finalising the paperwork to consolidate their provisional patent around the core technologies, says the big challenge now is in explaining the idea.

“Now we’re focused on communicating what’s possible. Advertising is an old industry and people are used to buying in a traditional way, so one of the biggest challenges will be communicating the new option,” Muir says. “I firmly believe in 10 years’ time this will be a stock standard way of advertising, so we’re working to bring that future forward as quick as possible.”

They have previously received some capital from a US-based angel investor, and will be looking to raise a pre-series A round later this year.

We’re raising funds shortly and we’re really excited about the potential and interest that is coming through so far,” Muir says. “We think it’s going to be hugely disruptive. Not to the medium itself, as people love digital billboards, but it will disrupt how the ads will be served.”

The team of three will be will focusing on growth this year, rolling out in Australia and Asia. Muir adds they plan to move into the US in 2015, and Europe in 2016.