Marketing: Time to bring back Agro and Marty Monster 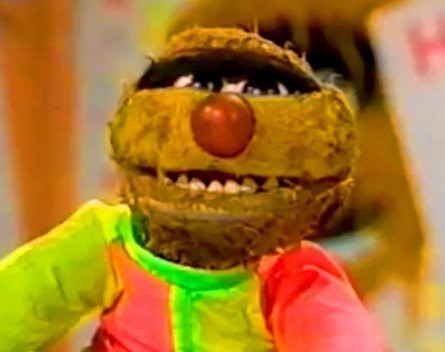 As regular Taskmaster readers will know, things were better in the good ‘ole days.

Back then, the air was cleaner and the sun shone brighter – at least in the warm golden glow of Old Taskmaster’s fond and rather selective childhood memories.

In those days, Sonny Jim Crockett, it was safe for kids to ride their bikes home from school, play a game of street cricket or walk down to the local deli for a freshly cut fritz sandwich smothered in tomato sauce with a chocolate malted milkshake. Maybe a frog cake too, if you had enough pocket money left over.

Back then, if you were lucky enough to live near the beach, you were free to go down and randomly kick over other kids’ sandcastles on a lark. That said, you’d have to run fast because you’d get a right old clip over the back of the ears if you got caught – kids back then had discipline, not like nowadays.

Sure, life was tougher without new fan-dangled contraptions like television remote controls, but it was a character-building experience. Kids these days with their Facebooks and their PlayStations are missing all the fun, I say!

Sure, while the cathode ray tubes might not yet have had remote controls, those Rank Arenas did bring us a host of lively and long since forgotten characters, including the likes of Mr Squiggle, Humphrey B Bear, Marty Monster or Agro.

Today, these once fondly loved characters are probably gathering dust in a box at the back of some former television producer’s cupboard or garage. But it need not be this way!

The great thing about using characters from discontinued television shows from yesteryear is you can give your customers that warm fuzzy feeling of nostalgia that can cause purses and wallets to open – potentially at an affordable price.

The tricky part might come in tracking down the costumes themselves, as well as the prickly legal issue of who now owns the rights to them.

Still, especially if you’re targeting older consumers, if you want a non-traditional marketing technique with a feel-good edge, perhaps it’s time to consider bringing back some childhood nostalgia.