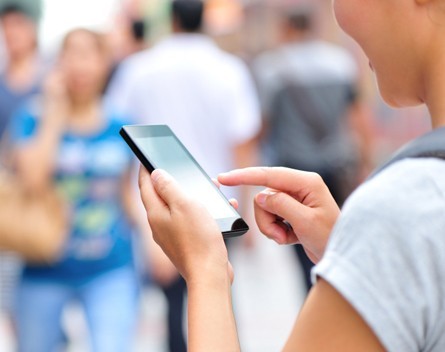 Apple is about to open a new front in the ongoing war against online advertising. The new version of its mobile operating system, iOS 9, will support ad blocking by Safari, its mobile web browser.

A study by Adobe and pro-advertising company PageFair finds that the popularity of ad blocking extensions in desktop web browsers is responsible for US$22 billion in lost revenue to the websites that host ads.

They estimate that there are now 198 million users worldwide actively blocking ads. Amongst 400 users surveyed by the report’s authors, the main reasons cited for using ad blocking software were avoiding privacy abuse by targeted advertising as well as the number of ads encountered when browsing.

The practice of trying to guilt users into switching off their ad blocking software when visiting sites doesn’t appear to be working and the display of messages to ad blocking users by web sites has diminished.

Ad blocking apps that will be available for Safari on iOS 9 are already being made available to beta testers. One such app, Crystal, not only blocks ads but experiments by the developer has shown that using this ad blocking software speeds up web pages loading in the browser by four times. This also results in a significant reduction in data being used, which is significant on a mobile device using cellular data.

Another ad blocking app Purify that is also in beta testing appears to also block ads on YouTube.

Ad blocking on mobile is not completely new

Ad blocking has been available for some time on Android for users of the Firefox mobile browser and for Google Chrome. In the case of blocking ads by Google Chrome, an app needs to be installed which is not from the Google Play app store.

Ad blocking has also been available on Apple devices but have worked by blocking access to certain domains that serve up the ads. AdBlock for example works by pretending to be a virtual private network (VPN) connection and filters out access to specific sites. This of course only works if the list of sites to block is up-to-date. It also doesn’t allow for “whitelists”, which are sites that are allowed through because they are deemed “acceptable”.

However, the move by Apple is going to boost ad blocking on mobile dramatically because it is going to make the process of doing so that much easier. This has advertisers, and sites that make money from advertising, increasingly worried because it raises their costs in terms of creating ads that are less intrusive and deemed more acceptable (although this may still not convince the public to view them).

For Apple, though, the move to allow ad blocking gives iPhone users a better browsing experience at no cost to Apple. Apple makes no money from online advertising through mobile browsing. And, of course, its own ads that are served up through apps are unaffected by ad blocking software.

As a bonus to Apple, the company who is most affected by ads being blocked is Google, which derives 90% of its revenue from advertising.

Apple is able to increase the level of privacy it offers its customers without directly getting involved itself and risking annoying companies that rely on revenues from advertising.

It is hard to feel sorry for the advertisers and the sites that resort to displaying targeted invasive ads, such as those sold by Google, Facebook, Yahoo and others.

These ads are designed to target individuals based on information gathered about them as they use the internet. So not only are they annoying, but they are exploiting people’s privacy. Adding insult to injury, the inclusion of ads slows down web page loads and potentially ends up costing end-users money by using their data allocation.

The argument that content providers are only able to provide content based on the exploitation of their visitors is not a good one because it implies that those visitors signed up to an agreement to view ads in exchange for the content. Of course, users generally do no such thing. And given the explicit choice, might easily opt simply not to visit the site.

Most users don’t necessarily mind being provided with information that allows them to make a reasoned choice about a product when they have decided to buy it. But advertising that tries to persuade a consumer to buy something they weren’t considering buying is a different matter.

Once advertisers do more of the former and less of the latter, perhaps ad blocking will no longer be necessary.