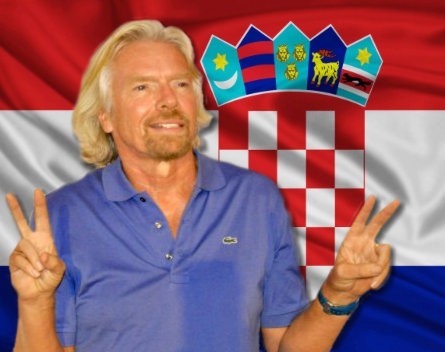 A Croatian start-up has embarked on an ambitious video campaign to attract Richard Branson’s attention, in a bid to get their hero to meet with them for advice, and possibly invest.

The team behind Babywatch, a tool that lets pregnant women hear and see their baby’s heartbeat on their smartphone, have invested in a professionally produced video pitch to attract Branson’s attention.

“All three of us wish to meet Richard Branson and ask him for his advice and/or investment. We are quite aware of how popular he is and how difficult it is to get to him,” Runje says.

The video took four days to shoot, and according to Runje, the clip is full of Richard Branson’s favourite things.

More than 30,000 people have watched the video and it’s been widely covered in Croatia. They’re hoping with international traction it might just get Branson’s attention.

“We are hoping that by showing our passion and determination, we would get the attention of the most popular business leader in the world,” Runje says

Runje and his team Urska Srsen and Sandro Mur bootstrapped to develop the product, and are currently running a crowdfunding Indiegogo campaign to ship the first batch of orders.

With the first orders due to ship soon, Runje and his team are seeking investors, ideally Branson.

“We were thinking about finding an investor to take the start-up to a new level in terms of international visibility, marketing and distribution,” Runje says.

The video can be viewed here.