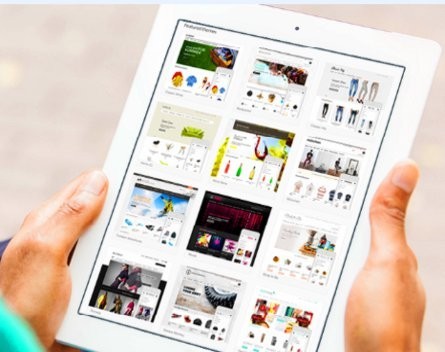 One of Australia’s hottest start-ups, e-commerce platform Bigcommerce has today released Bigcommerce Next, a series of aesthetic, marketing and app features to drive traffic to online stores.

Next includes new site and store templates, a marketing wizard app that combines over 70 traffic-driving and marketing tasks, as well as native phone apps for Android and iOS.

They’ve also launched an app store within the Bigcommerce platform.

“With Bigcommerce Next we’ve placed a huge focus on two things expanding the capabilities of our platform with Single Click Apps and increasing conversion rates for our merchants with blogging and dozens of new store designs that have been extensively optimized for conversion.” says co-founder and co-CEO Eddie Machaalani.

Sydney-based Bigcommerce recently passed 50,000 pay customers. Co-founder and co-chief executive Mitch Harper told StartupSmart it was their start-up customers who inspired the idea for these features, which the team has been working on for months.

“This idea 100% came from our start-up clients,” Harper says, adding they call that customer persona their “Start-up Susie”, which they define as making less than $1 million in revenue per year.

“She’s completely new to ecommerce with a low budget and may potentially already have a bricks and mortar store and are looking to supplement them,” Harper says. “They’re not making as much as other customers, but they’re the most passionate.”

According to Harper, the aesthetic of their stores matters more to these smaller clients and their customers, but they often don’t have the funds to hire designers to customise their options.

“It’s a bit of a shift for us. Bigcommerce has always been a very powerful platform, so we really focused on the beauty part of this,” he says.

Bigcommerce was launched in 2010. They’ve gone on to raise $75 million in three rounds and employ 300 people in Australia and the US. The founders still reside in Sydney.

“We want to put Sydney on the map for start-ups; show you can build billion dollar businesses from here,” Harper says.